Managing the employment relationship in Angola 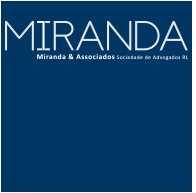 What laws and regulations govern the employment relationship?

The recruitment and hiring of foreign non-resident employees is subject to the following specific legislation:

Collective labour law is governed by the following statutes:

Who do these cover, including categories of worker?

The General Labour Law applies to all categories of employee apart from:

Foreign non-resident employees are subject to specific statutes; however, the General Labour Law applies to them on a complementary basis.

Are there specific rules regarding employee/contractor classification?

Article 3.3 of the General Labour Law defines an ‘employment contract’ as:

a contract whereby an employee undertakes to make available his professional activity to an employer’s benefit, within its relevant organization and under its guidance and authority, in consideration for remuneration.

Any natural person, national or foreign resident, who freely undertakes to make his professional activity available to an employer, in consideration for remuneration, within the employer’s organization and under its authority and guidance.

Under Article 1154 of the Civil Code, a ‘services agreement’ is the “agreement whereby one of the parties undertakes to make available the result of his/her intellectual or manual work, with or without pay”.

Must an employment contract be in writing?

No. However, certain types of employment contract (eg, fixed-term and training contracts) must be in writing.

Yes. For example, employment contracts for an unlimited term are always subject to an implied probation period of 60 days.

How can employers make changes to existing employment agreements?

In general, employers can make unilateral amendments to existing employment agreements if this prerogative has not been expressly excluded by the employment contract or a legal provision. The General Labour Law grants employers broader prerogatives to vary certain aspects of the employment relationship unilaterally (eg, workplace and working hours).

Is a distinction drawn between local and foreign workers?

Yes. National and foreign resident employees (ie, foreign citizens holding a residency permit) are subject to the same rules on recruitment, hiring and termination as set out by the General Labour Law. Foreign non-resident employees (ie, foreign citizens holding a work visa) may be hired only on a fixed-term basis and are subject to recruitment and hiring requirements, plus specific immigration restrictions.