How Contractors Can Ring In the New Gov't Fiscal Year 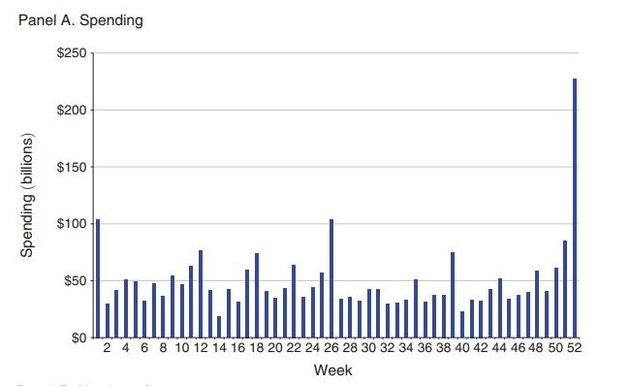 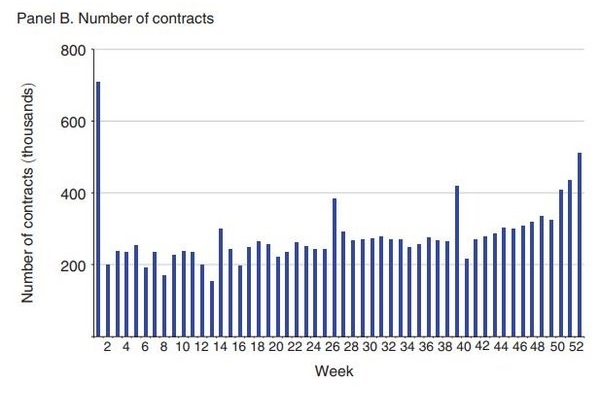 Importantly, the Harvard study also notes that these “spikes” in federal government spending — whether measured by total dollar amount or number of contracts awarded — are “not isolated to a small set of agencies or a subset of years, but rather a persistent feature both across agencies and over time.”

One of the main reasons for these “spikes” in government spending at the end of its fiscal year is the so-called “use-it-or-lose-it” dilemma. In particular, as the Harvard study notes, “most budget authority provided to federal government agencies for discretionary spending requires the agencies to obligate funds by the end of the fiscal year or return them to the Treasury general fund.” According to the study, “unspent funding may not only represent a lost opportunity but can also signal a lack of need to budget-setters, decreasing funding in future budget cycles.” Significantly, as the study notes, “[w]hen current spending is explicitly used as the baseline in setting budgets for the following year, this signaling effect is magnified.”

The “use-it-or-lose-it” dilemma also informs what types of spending may be more likely to “spike” toward the end of the government’s fiscal year. Generally, categories of spending with some flexibility in the timing of procurement provide opportunities for fiscal year-end spending that meet federal “bona fide need” requirements. Accordingly, as the Harvard study notes, spending on construction-related goods and services, furnishings, office equipment, and information technology services and equipment “have end-of-year spending rates that are significantly higher than average.” Conversely, categories such as continuing service contracts and military weapon systems — typically subject to extended planning periods — did not present a notable “spike” in end-of-year spending.

Understanding this spending pattern (as well as the main cause of it) is critical for federal contractors, as it allows them to predict, with some degree of certainty, when the federal government will award certain contracts on which they — or their competitors — have bid. Furthermore, understanding this pattern of spending helps federal contractors to be better prepared in the event of a bid protest — whether by the contractor itself, or by a competitor challenging an award to the contractor. In this regard, the following chart from a recent report by RAND Corporation[3] shows that the number of bid protest filings at the U.S. Government Accountability Office peaks in October as a result of increased government spending at the end of the government’s fiscal year: 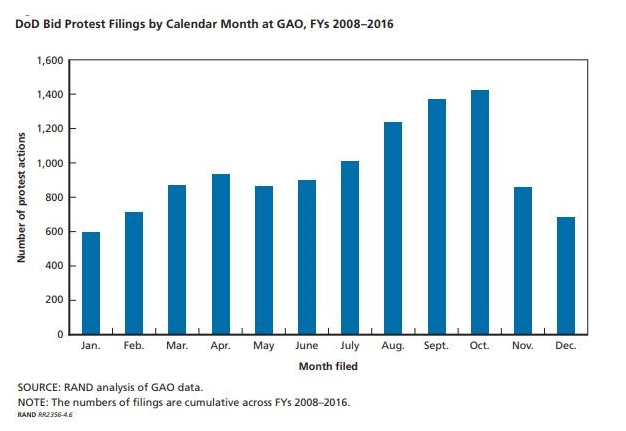 More specifically, understanding that most federal agencies begin significant acquisition planning early in the fiscal year allows contractors to be proactive — rather than reactive — when it comes to pursuing contracting opportunities. For example, sophisticated federal contractors often gain a competitive edge early on in the government’s fiscal year when it comes to identifying upcoming solicitations, identifying, vetting and securing potential teaming partners and subcontractors, and preparing well-crafted and targeted proposals.

Additionally, understanding that most federal agencies begin significant acquisition planning early in the fiscal year can also allow contractors to be proactive in terms of shaping the government’s requirements and procurement methods. For instance, sophisticated federal contractors often gain a competitive edge early on in the government’s fiscal year by being proactive when it comes to educating the government about specific goods or services, participating in market research, providing input on procurement planning, and responding to government requests for information or sources sought notices. With respect to small-business contractors, specifically, responding to sources sought notices and requests for information early in the government’s fiscal year is particularly important in that it may ensure appropriate federal contracts are set aside for small businesses. Employing these strategies early in the fiscal year ensures that contractors maximize their opportunities to compete for federal contracts throughout the fiscal year. Further, once a solicitation is issued, savvy federal contractors — both large and small — often times are able to use proactive pre-award bid protests to challenge the terms of a given solicitation or the ground rules for a given competition so as to ensure that the procurement is conducted fairly and on a level playing field.

The article, "How Contractors Can Ring In the New Gov't Fiscal Year," first appeared on Law360.com on September 26, 2018.