Criminal law: have you been charged with a glassing offence or assault? 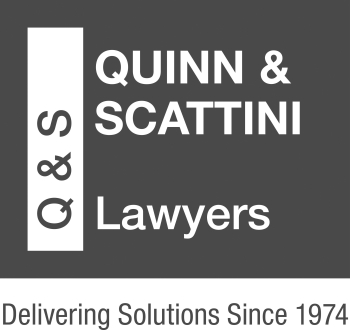 An increase in the prevalence of alcohol-fuelled violence and ‘glassing’ has prompted authorities to crackdown on this phenomenon, particularly throughout the holiday periods.

Natasha Shorter at Quinn & Scattini, discusses what is considered a glassing offence and recent developments in this area of criminal law.

“Glassing and nightclub violence has received a barrage of publicity in the last 6 months resulting in the Queensland parliament implementing an inquiry into means of reducing this form of violence.

Queensland Courts are taking a dim view of this type of offending.  Our courts have been imposing tougher penalties, in response to the escalating number of these offences over the last decade, in a bid to deter the general public.  Unfortunately many offenders are unaware of the penalties these offences attract before they act.

The use of any glass object as a weapon in any assault is considered an aggravating feature.  The court does not limit ‘glassing’ offences to the traditional notion of using a glass or bottle as a sharp instrument but include punching or hitting another whilst holding glass, or throwing glass at another.

Charges for ‘glassing’ offences commonly range from Assault Occasioning Bodily Harm to Unlawful Wounding and Grievous Bodily Harm, depending on the injury a victim sustains.

In our court system imprisonment is viewed as a last resort.  However, due to amendments to the Penalty and Sentences Act this principle no longer applies to violent offences where another person sustains physical harm.  It is within the sentencing range for persons charged with the least serious of ‘glassing’ offences to receive short terms of imprisonment.

This was confirmed by Honourable Chief Justice De Jersey who stated ‘ordinarily persons committing offences of this character must expect to have to serve a term of actual imprisonment.  That is so even if the offender is young with an unblemished record, and commits the offence spontaneously.’

The Honourable Justice Keane of the Queensland Court of Appeal confirmed the Chief Justice De Jersey’s comment in March last year stating that an increase in pub glassing’s in the past 10 years ‘calls for a stern expression of disapproval’.

The Queensland Court of Appeal is currently reviewing a decision of the Queensland District Court which saw a 19 year old offender receive a sentence of four and a half years imprisonment for a glassing attack that occurred in a Gold Coast hotel in 2008.

The Court of Appeal dismissed a similar appeal in March last year in which a 3 year term of imprisonment was imposed on an 18 year old male with no prior criminal history, after a glass he threw in a nightclub hit a patron resulting in serious injury to the complainant. If you find yourself charged with a glassing offence or assault we strongly recommend that you seek legal advice.”