Right before Christmas last year, a burst of activity occurred in relation to the implementation of the Consumer Data Right (CDR) to the Banking industry (Open Banking):

At the same time, the Government also quietly announced that the launch of Open Banking would be delayed by seven months to 1 February 2020.

Initially, the Treasury Laws Amendment (Consumer Data Right) Bill 2018 (Bill) was scheduled to be introduced into Parliament in 2018, to allow for Open Banking to commence in July 2019. However, despite the Bill being tabled for the last day of sitting, it did not get introduced into Parliament due to a delay in the agenda. As a result, the Government issued a media release announcing a revised implementation timeline for Open Banking: 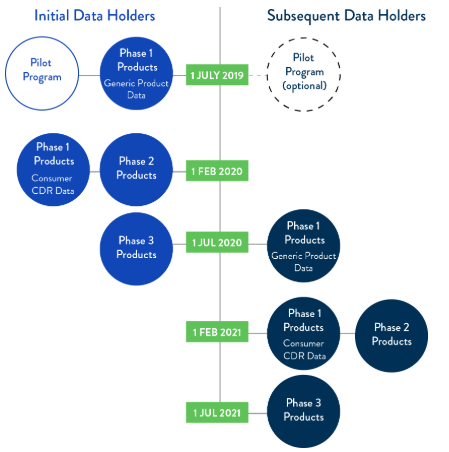 On 12 September 2018, the ACCC released the Rules Framework for public consultation (see our previous insight here). The Rules Framework gave stakeholders an understanding of the structure and content of the rules the ACCC intended to propose under section 56BA of the Bill (CDR Rules).

Initially, the ACCC committed to publishing draft CDR Rules by the end of 2018. However, on 21 December 2018, the ACCC announced that draft CDR rules will now be released in the first quarter of 2019. In the interim, the ACCC released the Rules Outline, setting out what the ACCC proposed to include in version one of the CDR Rules.

Changes to the proposed CDR Rules

The Rules Outline reiterates most of the principles previously set out in the Rules Framework. However, there are some important changes and clarifications to the proposed CDR Rules. 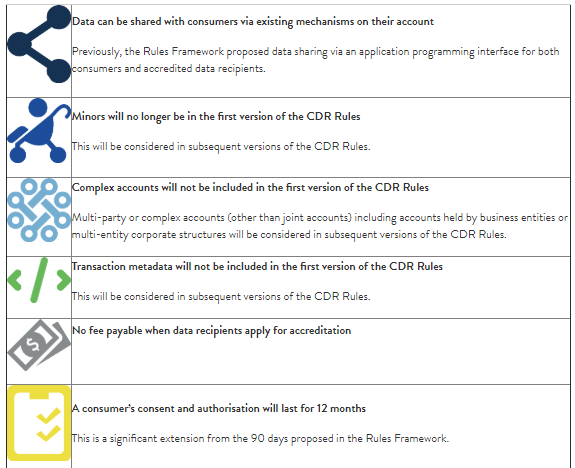