Energy drinks and alcoholic beverages can be easily found in the same department at the supermarket – and can be mixed together.

However, on 4 October 2018, the EU General Court annulled the previous decisions of both the Cancellation Division and the Fifth Board of Appeal of the EUIPO in the Asolo v. Red Bull Case T-150/17, finding that energy drinks and alcoholic beverages cannot be considered similar goods for the purposes of establishing likelihood of confusion.

On 24 September 1997, Asolo Ltd filed an application for registration of an EU trade mark for the word sign “FLÜGEL” (which translates to “wings”) in class 32 (Beers; mineral and aerated waters and other non-alcoholic drinks; fruit drinks and fruit juices; syrups and other preparations for the preparation of drinks) and class 33 (Alcoholic drinks, except beers).

On 5 December 2011, Red Bull filed an application for a declaration of invalidity based on the following earlier Austrian trademarks:

both registered for “energy drinks” in Class 32. 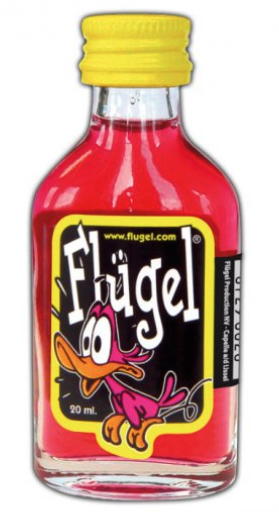 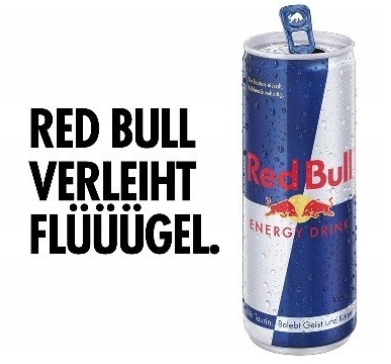 The Cancellation Division of the EUIPO declared the invalidity of Asolo’s “FLÜGEL” contested mark in light of the repute of Red Bull’s earlier word signs, the common practice to mix and/or consume Red Bull with alcoholic beverages, the link that could be made in the mind of the public between the signs at issue and the unfair advantage that Asolo would derive from it.

Asolo filed an appeal, which was then dismissed by decision of the Fifth Board of Appeal of the EUIPO on 17 November 2016.

The Board noted that since “other non-alcoholic drinks” covered by Red Bull’s earlier mark included “energy drinks”, those goods were to be considered identical.

The Board also considered that “beers; mineral and aerated waters; fruit drinks and fruit juices” covered by the contested mark had the same purpose as “energy drinks”, covered by the earlier mark, and therefore were in competition with the latter. Such goods could also be purchased at the same points of sale and should, therefore, be considered similar to an average degree to “energy drinks”.

Asolo filed an appeal and argued, among others, that there was no likelihood of confusion between the marks at issue, also on the basis of previous case-law according to which many alcoholic and non-alcoholic drinks may be mixed without, however, being similar (Lidl Stiftung v OHIM – REWE-Zentral, T-296/02, § 57; Coca-Cola v OHIM – San Polo, T-175/06).

The striking argument brought by Asolo was that Red Bull prints on its cans the expression “do not mix with alcohol“, underlying the distinction between the two kinds of beverages and their different effect. Therefore, a consumer wishing to remain alert would never consider substituting an alcoholic drink for a non-alcoholic energy drink.

The EU General Court noted that alcoholic beverages and energy drinks are not similar merely because they can be mixed, consumed or marketed together, given that the nature, intended purpose, and use of those goods differ, based on the presence – or absence – of alcohol in their composition.

Differently from previous case law, which acknowledged a level of similarity between alcoholic beverages and energy drinks, this recent judgement of the EU General Court sets a limit to the scope of protection for trademarks covering “drinks” – even those with a high reputation.