A look at the Welsh and Cross Border project and its potential impacts for UK rail service reform.

The Welsh Government’s journey from its vision of a transformed, integrated rail system for Wales to its recent procurement and mobilisation of KeolisAmey as its new operator has been rapid, innovative and market-leading. On many fronts and in many ways, the Welsh Ministers have sought to deliver its national rail objectives through ‘doing things differently’.

As the Department for Transport undergoes a period of reflection on the UK national franchising model, led by the recently commissioned independent Williams Review, it seems likely that this ‘Welsh’ approach will come into greater focus and potentially act as a case study for one alternative way of procuring and operating rail services.

But what was done differently and why? What were the key differentiators that formed the basis of this innovative procurement? 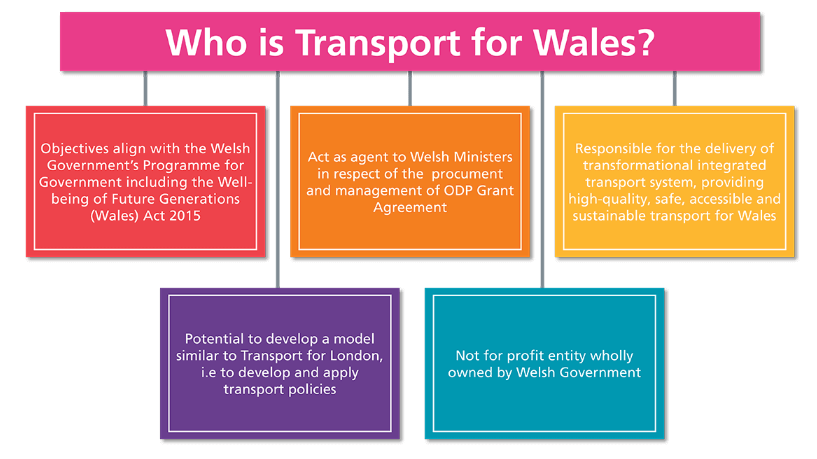 For the first time on a major UK rail service contract, a competitive dialogue process (under the Utilities Contracts Regulations 2016) was used to refine bidders’ solutions against a common specification.

While the Welsh Government took great care to set out its key requirements for the project (including objectives for service frequency, journey connectivity and quality standards), it also sought to ensure that these requirements were not overprescriptive.

Four market-leading train operators were involved in this process, each free to determine its own distinct strategy and philosophy on how the authority’s key output requirements could be met.

Given the complexities of the project, it was clear from the outset that there was no ‘right solution’ and that an open and honest dialogue was critical to ensure that all bidders worked with the authority to propose solutions that successfully navigated the complex technical, regulatory and commercial issues.

A bespoke contract was developed by the Welsh Government (in parallel with, and informed by, the competitive dialogue process), constructed from key elements and principles of the traditional Department for Transport franchise model, UK concession models, construction provisions, and bespoke asset maintenance arrangements.

The freedom of the Welsh Government to depart from standard form and precedent arrangements ensured there were no artificial or commercial barriers contracted which were included for ‘standardisation’ or ‘legacy’ reasons, and which did not offer value for money to the authority.

The CVL comprises four routes totalling nearly 70 miles, linking the valleys’ former coal mining towns with Cardiff. Under the new contract, the CVL will be transformed to deliver the Welsh Ministers’ aspirations for a South Wales Metro.

Transfer of the network is intended to be effected through a transfer scheme to be agreed between Network Rail and Transport for Wales, under a projectspecific Transport and Works Act Order.

In parallel with this process, ancillary agreements (connection agreements, bridge agreements, maintenance service contracts) will need to be put into place to ensure inter-connectivity with the main line network retained by Network Rail.

Transfer of the network enables the creation of a vertically integrated CVL network (where KeolisAmey is responsible for rail operations and network maintenance), and is anticipated to deliver major tangible benefits to both the Welsh Government and KeolisAmey - particularly through the initial five-year period of the contract, where significant transformation of the network will require a fully joinedup approach between construction programming and rail operations.

The vertical integration model is not an approach exclusive to the Welsh Government in the UK. However, rail authorities considering a similar approach on future projects will likely be keenly interested on how key issues surrounding network condition, asset maintenance, regulatory compliance and employment issues are being addressed between Network Rail, the Welsh Government, Transport for Wales and KeolisAmey.

One of the key issues arising from the evaluation of recent franchising models is the manner in which solutions are scored for modelling of future revenue growth, and the assumptions upon which such estimations are based.

Any decision on the ‘weight’ to be placed on revenue predication is extremely complicated. However, Transport for Wales’ evaluation strategy was designed such that bidders were incentivised to bid within a revenue growth range pinned to the authority’s own revenue growth predictions.

The benefit of this principle is that bidders were not inadvertently rewarded for over-optimistic revenue growth which (in the event it did not materialise, for any reason) may cause the franchise to be uneconomic and fail.

Instead, the approach adopted by Transport for Wales placed emphasis on quality matters - for example, evaluating how and where bidders intended to invest, rather than focusing disproportionately on the size of the pot of money available for such investment.

Use of milestones to incentivise delivery

The concept of payment risk linked to delivery of key milestones is market standard for UK infrastructure projects. However, the application of milestone principles in rail franchise models is less common.

Traditionally, UK rail franchise models use the payment mechanism as the key (and often sole) financial remedy for failures in delivery of rail service obligations.

In its contract, the Welsh Government has (following dialogue with bidders) incorporated milestone mechanisms placing operator financial risk against critical deliverables, to ensure that these key obligations receive appropriate commercial attention from the operator as it manages its delivery under the contract.

Following dialogue with bidders, the contract moves away from the standard operation of a financial model for the pricing of in-life changes. Instead, the contractual mechanism for costing and pricing change is based on the use of a more dynamic process of in-life reporting models.

This process is intended to ensure that both parties have continual access to uptodate financial information, and are able to more quickly model and agree the cost and price of changes.

The contract between the Welsh Government and KeolisAmey contains a large amount of construction provisions (based predominantly on NEC3), to deal with the CVL infrastructure work-stream.

Although KeolisAmey may self-deliver some aspects of the delivery of the construction works, the large majority of such works will be delivered by KeolisAmey acting as contract manager to a wide and diverse supply chain called off under a separate framework agreement.

This innovative approach to delivery of the construction activities is designed to ensure that the authority receives value for money as a result of supply chain entities taking part in mini-competitions under the framework for discrete packages of work. It also provides a longer-term pipeline of works allowing suppliers (including SMEs) to plan more effectively.

A high priority for the Welsh Government was ensuring that the procurement and the contract delivered ground-breaking sustainability achievements for the project.

The success of the procurement has shown that given the opportunity, the rail industry is willing and able to respond to new ways of working with authorities, able to challenge perceived wisdom on ‘how things have always been done’, and able to drive innovation in the industry.

There is no doubt that the industry will be keenly awaiting the analysis and recommendations of the Williams Review, as it works to meet the terms of reference set by the Secretary of State for Transport. Whatever the outcome of that, the Wales and Cross Border project should give confidence to all that if things are to be done differently the industry is capable of responding… and willing to respond.