Private placement of securities in India 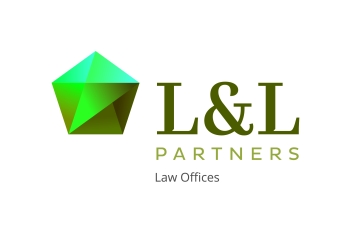 The Companies Act prescribes certain requirements in relation to private placements of securities, including shares and debentures. Under the Companies Act, for an offering to qualify as a private placement, the offer and invitation to subscribe for securities must not be made to more than 50 persons. However, under the Rules, this limit has been raised to 200 persons in aggregate in a financial year for each kind of security. Further, these limits do not apply to securities issued to employees under a scheme of employee stock options and to QIBs in that financial year.

Unrelated and independent multiple offers made during a financial year will be combined to determine compliance with the requirement to offer securities to fewer than the specified number of persons, provided the same class of securities are being offered. In other words, for an offer or invitation to subscribe to qualify as a private placement, the ‘rule of 200’ should be adhered to in one financial year, namely, all private placements (other than private placements to QIBs and employees under stock options) in one financial year will be aggregated for the purpose of computing the number of investors. However, it is equally important to note that the restriction on the number of persons to whom the offer can be made is to be reckoned individually for each kind of security, that is, individually for equity shares, preference shares or debentures. Further, the Rules state that each private placement is to be approved by a special resolution of shareholders. However, pursuant to a recent amendment to the Companies Act and the relevant Rules, a special resolution of the shareholders is not required for private placement of non-convertible debentures, subject to the issuer’s borrowings not exceeding the approved limits pursuant to such placement.

The SEBI has permitted issuers who have sold shares or debentures to persons exceeding 49, but below 200, in number, in a single financial year to avoid penal action, upon carrying out certain remedial measures. This revised regulatory treatment has enabled certain companies and is expected to continue to assist companies in the rectification of private placements that may have been held to be deemed public offerings under the Companies Act, 1956 (the 1956 act) when such allotments were made in the breach of the ‘rule of 50’.

Additionally, the 2017 Amendment, with effect from 7 August 2018, has streamlined various provisions pertaining to private placement (such as QIPs). Some of the key changes relate to dispensing with the requirement of filing of a private placement offer letter (commonly referred to as PAS-4) by the issuer, in favour of a more efficient process. Filing of the offer letter in prescribed formats to the Registrar of Companies, and with SEBI in the case of listed company, has been dispensed with. Now the record is to be maintained with the company itself. Further, issuers have also been restricted from utilising the money raised through private placement unless allotment has been made and return of allotment has been filed with the Registrar of Companies, within 15 days of allotment. The 2017 Amendment also clarifies that private placement offers shall not carry a right of renunciation.

For listed companies, the ICDR Regulations provides for the private placement of equity shares and convertible securities through the following routes:

An arrangement to sell a block of shares of an Indian listed company may be effectuated on an Indian stock exchange either as a ‘bulk deal’, a ‘block deal’ or as an offer for sale by promoters and their affiliates through the stock exchange mechanism (OFS) as follows:

In addition to the Companies Act, the Debt Regulations and RPS Regulations also regulate the listing of debt securities and non-convertible redeemable preference shares, respectively, issued on a private placement basis. An issuer issuing such securities on a private placement basis and listing them on stock exchanges is required to obtain a credit rating of its securities. It is also required to file a disclosure document to the stock exchanges containing disclosures relating to certain matters specified in the Companies Act and the Debt Regulations and RPS Regulations, as applicable. Subject to certain exceptions, the SEBI has mandated electronic book building for issuance of debt securities on a private placement basis in the primary market wherein the issue size is 2 billion rupees and above (including a green shoe option). The requirement of using the electronic book mechanism has also been made applicable to tranche issues that individually may be less than 2 billion rupees, though as a part of a shelf offer, if such issues aggregate to more than 2 billion rupees (including a green shoe option) in a financial year and also for all subsequent issues, where the aggregate of all previous issues by an issuer in a financial year equals or exceeds 2 billion rupees.

What information must be made available to potential investors in connection with a private placing of securities?

Under the Companies Act, private placements are required to be made through a private placement offer-cum-application letter in the format prescribed under the Rules. The format prescribed under the Rules includes disclosures relating to the business, risk factors, legal action pending or taken by any government department or statutory body during the past three years against the promoters as well as details of the significant and material orders passed by the regulators, courts and tribunals impacting the going concern status of the company and its future operations.

In addition, the ICDR Regulations also prescribe the contents of an offer document depending on the form of private placement undertaken. In a QIP, the placement document issued to potential investors and filed with the stock exchanges must contain all material information in relation to the issuer and the placement, including details of risk factors and the business, legal proceedings considered material as per the materiality policy framed under the Listing Regulations, management of the issuer and details of use of proceeds in relation to the placement. In a preferential issue of securities by a listed issuer under the ICDR Regulations, the Regulations do not prescribe any additional information to be made available to potential investors. However, in the notice for the general meeting of the members approving the placement, certain details relating to the placement, such as the shareholding pattern of the issuer before and after the placement and the objects of the placement, and disclosures on whether any of the promoters or directors of the issuer is a wilful defaulter, are to be disclosed.

For listing of debt securities issued on a private placement basis, in addition to the Companies Act, the disclosure document is also required to contain certain disclosures specified in the Debt Regulations, such as details of the offering and the terms of the debt securities, the objects and brief details of business and corporate history of the issuer.

In relation to the listing of non-convertible redeemable preference shares issued on a private placement basis, in addition to the Companies Act, the disclosure document is also required to contain certain disclosures as set out in the RPS Regulations, including the terms of the issue, key operational and financial parameters for the three audited years prior to the issue and a brief summary of the business of the issuer.

In a QIP, the allotted securities are not to be sold by the allottee for a period of one year from the date of allotment, except on the stock exchange.