Armed with this knowledge, how should an acquiring company’s human resources director approach due diligence on human rights issues related to the company being purchased? A good starting point would be to research potential human rights violations in the countries where the company being purchased does business. The Universal Human Rights Index is an especially helpful source for getting this type of information. If the company being acquired does business or has operations or employs workers in a country with a poor human rights record, a buyer needs to consider the type of reputational damage that could occur if it is discovered that the acquired company has been responsible for human rights violations.

The goal of any transaction is to create value and these are issues which have the potential to materially alter the terms of any agreement or kill the transaction altogether. Failing to discover that an acquired company has significant issues with, for example, child labor or modern slavery in its international operations might cripple any projected value gained from any purchase. Due diligence is about knowing that such issues exist before the transaction is signed and closed.

If potential human rights issues are revealed in a buyer’s due diligence, that does not necessarily mean that the deal will have to be canceled. The parties can take appropriate steps to address any potential concerns by factoring such risks into the terms of the agreement. That being said, don’t expect transactional lawyers to be able to “draft” around these problems. A concrete plan to address such findings and any potential reputational harm should be developed in advance of closing. Only if a plan is put together to address the international human rights issues discovered in due diligence can a buyer be sure that those issues will not significantly impair the value of the deal in the near future. 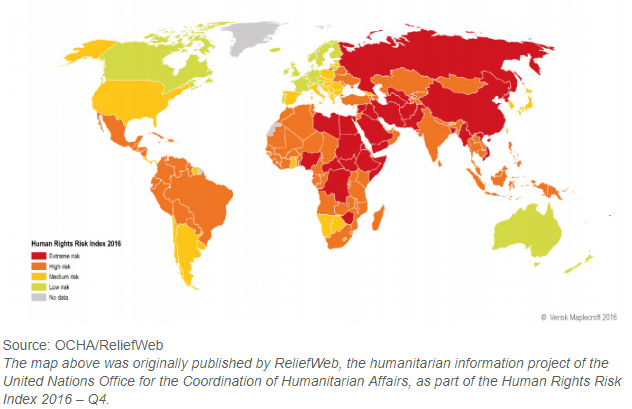