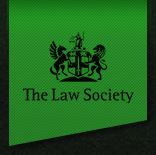 Swati Paul was the winner of the Solicitor of the Year - In-house Award 2017. We caught up with her to find out more about her work at London Luton Airport overseeing an innovative project that has captured the attention of airports across the globe, spearheaded industry-wide change – and secured her Excellence Award win.

So, what was the problem exactly?

Air travel is something we all take for granted. We may not give much thought to how it is delivered, but behind the smooth exterior of an international airport, there is a complex banquet of services. One of the most critical is ‘ground-handling’: the process which takes place as a plane lands, baggage is removed and the plane is prepared for its next flight. These services are usually carried out by large multinationals, for the airlines. They are known as ground-handlers (GHL). Any problems with these services results in complaints and negative publicity for the airport.

London Luton Airport (LLA) found itself in a position where there were many complaints about the two GHLs, resulting in negative publicity and poor service for passengers. LLA decided it needed to open the market to improve the passenger experience, and enhance the reputation of the airport. The way forward was to pool or arrange shared rented equipment for ground-handling. This was new for UK airports, and would open the market to new entrants.

LLA called on me to facilitate the project.

What were the main issues you had to deal with?

As I was a new GC and came from a non-aviation background, I had to understand quickly from the ground up what the business was about, its operational / financial constraints and the regulatory / safety concerns. I also had to build relationships with all the operational and business partners.

I then had to get up to speed quickly with the pooling proposal and devise a legal structure which could deliver the ground-handling services with appropriate checks and allocation of risk.

I delivered this by ensuring that the ground-handling licences from LLA to the two GHLs included the obligation to enter into an agreement for the pooling of equipment. I had to produce several drafts of the licences and ensure LLA’s position was protected at all times.

This required painful, protected negotiations of nearly a year, because the GHLs were not initially happy with this proposal.

What has been the outcome?

The pooling of equipment has brought many benefits, including a reduction in damage to equipment of around 98 per cent and a 40 per cent reduction in congestion. There is now a more collaborative approach between LLA and the GHLs, and we are working closely together on a number of safety initiatives.

We now have another GHL join us, which will drive up the quality of services. We have had representatives from global airports visit us. All over the world, people are looking at what we have done. It is a catalyst for industry-wide change.

How much of the skills you have demonstrated can be attributed to a legal background, and how much to a business background?

I would say its 30-40 per cent legal, and the rest business. I had to be resilient, persistent, stay professional, and keep the interests of the business in mind. As an in-house lawyer, you are delivering commercial solutions to a practical, operational problem that the business is facing.

How do you learn that and become more confident in in-house roles?

To some extent, it’s experience. But it is also a people job, with a personality component – you are either good at relating to people and building relationships, or you aren’t. If you are interested in people, you can build those relationships.

How did you get buy-in from the business for your plan?

LLA bought into it from day one. They saw it as a solution to their problem and we worked together as a unified, multi-disciplinary team – the legal function was just one component of that.

Did you have to adapt your communication approach for non-lawyers?

It’s second nature to me now, but when I first started in-house I had to, because private practice lawyers don’t necessarily do that. Clients are not interested in the minutiae of the law. I had to break with quite a lot of private practice training to communicate with non-lawyers.

How did you go about demonstrating your value to the business?

It wasn’t so much of an issue with this project, as LLA has always bought into the idea. The previous advisers to LLA were from private practice and they had a different approach, but LLA wanted to do things differently, which has helped me.

But, as a general observation, I think demonstrating how you add value is about listening; trying to tailor things to what people want; and giving pragmatic solutions, but with adequate legal risk.

What trends are you seeing in the in-house sector?

I think the in-house function is becoming increasingly engaged with and respected by the wider business. When the advice comes in from the law firms, people will always ask me for my view, whether it is part of my expertise or not. My team are trusted advisers to the business, which may have changed our relationship with our external advisers. This means that the internal legal team are generally the first port of call, rather than external law firms.

I am on the LLA board, as general counsel and a business adviser, to assess and manage legal risk – not to quote the law at them.

Why did you decide to nominate yourself for the Excellence Award? Do you have any tips for completing the application process?

The main reason was that as LLA attracted a lot of interest both in the UK and internationally for this project, I felt the legal work should be recognised. However, when I read my first attempt at the Excellence Awards application back to myself, it sounded dry and excessively technical. I realised that what I needed to do was to tell the story of what I had done in a way that people could understand and gave it colour. It took several drafts to make it all work.

My advice to anyone completing the application would be, as you read each draft, to critically assess your words and think: What are the judges asking here? What are they looking for exactly? How have I met this in my answers? Would the judges understand what I am saying?

I also included a three-minute You Tube video produced by LLA about the project, which brought it to life.

Your In-house Division is dedicated to meeting the needs of in-house lawyers working in the corporate and public sectors, not-for-profit organisations and charities.