Does prohibiting a scandalous trademark infringe on the right to free speech? 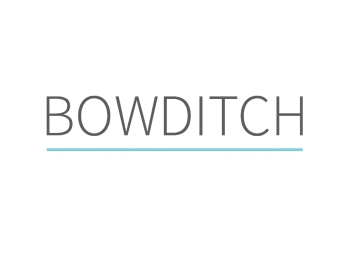 A trademark is any word, name, symbol, device, or any combination, used to identify a particular product or service and meant to differentiate it from other goods or services. Think of a trademark as a brand name, like Coca-Cola or AT&T.

Trademarks are governed by a federal statute called the Lanham Act, which controls what marks are legally recognized and gives protection to trademark owners from infringement. The best bet for protecting a trademark from infringement is to register it with the US Patent and Trademark Office. But, the USPTO does not grant registration to anyone who applies. Instead, it follows strict guidelines outlined by the Lanham Act.

The Lanham Act prohibits the registration of any trademark that is considered disparaging, scandalous or immoral.

Trademarks have been rejected or cancelled because of this standard, including marks like “Redskins” in the NFL and “Khoran” for wine because they were deemed to be disparaging, or “Cocaine” for an energy drink and “Cock Sucker” for a lollipop shaped like a rooster because they were considered scandalous.

However, this standard may change given a ruling that is expected to come down from the Federal Circuit.

The question is whether barring someone from registering an offensive trademark is a violation of their First Amendment Right to free speech. The determination hinges on whether we consider a trademark to be speech, and if it is, whether the government has a substantial interest in banning offensive trademarks.

Our freedom of speech is sacrosanct and any encumbrance of that right must be justified against a high level of scrutiny. The Supreme Court has consistently held that the government is not allowed to suppress protected speech just because it is offensive unless it can demonstrate a substantial government interest in barring that particular speech.

The issue of whether the Lanham Act is an unconstitutional restraint on free speech is a hot topic right now because of a case involving the USPTO’s refusal to register the trademark “The Slants” as the name of an Asian-American dance rock band that plays music it refers to as “Chinatown Dance Rock.” “The Slants” was deemed disparaging, offensive and an ethnic slur when used to refer to Asian people. I cannot say that I disagree with that assessment.

However, when taking a closer look at the reasoning behind the band’s use of “The Slants” mark, the issue of whether it is truly disparaging becomes a little fuzzy. The band is actually known for its satirical use of the mark and other Asian stereotypes as a way to speak about “cultural and political discussions about race and society” and the band claims that it chose the name as a way to reclaim a term that is usually considered a racial slur. The argument is that “The Slants” is an expressive trademark and thus should be protected by the First Amendment.

The Federal Circuit has taken this matter up for argument.  If trademarks are deemed speech, there is a possibility that the floodgates will open and future applicants will be able to register offensive marks. This may change the world of commercial branding as we know it.