Welcome to the Sidley Antitrust Bulletin — thoughts on topics that are top-of-mind for Sidley’s Antitrust team and why they matter to you. Discussions around the U.S. antitrust agencies’ review and intervention in mergers and acquisitions continue. Assistant Attorney General (AAG) Jonathan Kanter (Department of Justice, or DOJ) reiterated his intention to litigate and block mergers rather than settle with merging parties, and the DOJ also has set its sights on private equity acquisitions. Tim Wu, a Special Assistant to President Joe Biden, has suggested that the agencies should not be afraid of seeking to break up consummated mergers. Across the Atlantic, recent rulings in the UK and from the General Court in Luxembourg found procedural irregularities during the authorities’ investigations. Interested? Keep reading ...

DOJ indicates higher likelihood of litigation to block mergers, disfavoring consent decrees and divestitures: Jonathan Kanter, AAG for the Antitrust Division, recently outlined his vision for increased litigation. Kanter indicated that DOJ will approach such tools as divestitures and consent decrees with skepticism and reportedly stated that “[i]n most instances, the real remedy is to just block the merger entirely, and that’s our starting point.” This breaks from practice under AAG Kanter’s predecessors, who were often willing to settle with merging parties for structural remedies.

Why it matters: Businesses and antitrust lawyers alike have come to expect that federal enforcers will meaningfully engage in the merger review process and accept settlements with divestitures and, on occasion, conduct commitments as needed. This has been baked into the antitrust risk allocation provisions in many transaction agreements, which often require the acquiring party to undertake divestitures to close the transaction. If the DOJ will not engage in divestitures in the near future, sellers may want to look to other options such as reverse antitrust termination fees to allocate risk.

Merger deconstruction on the horizon in competition enforcement: Tim Wu, Special Assistant to the President for Technology and Competition Policy, recently criticized claims that mergers cannot be undone, potentially signaling an enforcement priority shift to cover more closed transactions. Wu presented these views while discussing the competition enforcement agenda set out by President Biden’s sweeping executive order on promoting competition in the American economy. Part of the policy in the order is to enforce “antitrust laws to meet the challenges posed by new industries and technologies ... especially as they stem from serial mergers, [and] the acquisition of nascent competitors.” Wu’s speech, coupled with the executive order and active lawsuits to unwind mergers, confirms that regulators are meaningfully focused on seeking to unwind previously completed mergers in certain circumstances.

Why it matters: As antitrust enforcement agencies seek to regulate competition by addressing mergers and acquisitions, the deconstruction of integrated entities may emerge more frequently in antitrust enforcement. When pursuing nonreportable mergers, companies should be aware of this renewed focus because trade enforcement agencies may bring an action to unscramble the proverbial eggs by breaking apart merged entities or seeking other disruptive remedies.

Further publication of the CMA’s provisional findings in Meta/Giphy published: In November 2021, the UK’s Competition and Markets Authority (CMA) ordered Meta Platforms, Inc (Meta)  to sell Giphy, Inc., a business it had acquired in May 2020. On appeal, the Competition Appeal Tribunal (CAT)  declined to accept Meta’s substantive grounds of appeal but upheld one procedural ground. In relation to the latter, CAT found that the CMA’s approach to disclosure of information during its merger investigation overly favored the confidentiality concerns of third parties such that it did not adequately consult Meta prior to taking its decision. The entirety of the CMA’s decision was quashed and the case referred back to the CMA. On July 29, the CMA republished its Phase 2 final report as its preliminary findings following remittal.

Why it matters: The CMA continues to be proactive in its approach to merger control. This case resulted in a prohibition decision and order to unwind a consummated merger. The CMA considered that the CAT’s judgment “helps reinforce our ability to protect competition and innovation in digital markets.” However, the CMA’s procedural failure underscores the need for the regulator to ensure that it respects the procedural rights of all involved in its investigations.

Lawmakers call for more antitrust enforcement of private equity: In response to news that a private equity (PE) firm had bid to acquire the baby formula manufacturer Enfamil from Reckitt Benckiser , several Democratic lawmakers sent a letter to AAG Kanter asking him to examine the deal closely, particularly due to ongoing baby formula shortages and an alleged lack of existing competition in the sector. The authors requested that DOJ closely scrutinize any potential deal involving a PE firm and that DOJ go even further and “fully oppose in court any such transaction involving firms with checkered acquisition histories that are likely to hollow out their targets and weaken competition.”

Why it matters: This letter underscores a hostility among Democrats to PE dealmaking in consolidated industries. Federal Trade Commission (FTC) Chair Lina Khan has stated that she sees the growing role of PE as an issue that may lead to decreased competition across the economy. Likewise, Deputy AAG Andrew Foreman gave a speech highlighting potential issues the DOJ sees with PE buyers, specifically with respect to “roll-ups.” As the DOJ and FTC consider changes to their merger review guidelines, a spotlight on PE deals and other related investment vehicles could have major ramifications. In particular, a focus on the deal history of potential PE buyers would represent a departure from current antitrust practice and could create a new set of hurdles for PE firms to overcome.

General Court quashes European Commission finding of anticompetitive payments: The General Court (GC) recently annulled a $1 billion fine imposed by the European Commission (EC) on Qualcomm  for exclusivity payments. The GC strongly criticized the EC for excluding from its case file the nature of the information obtained during interviews with third parties and for not providing Qualcomm with an opportunity to submit an updated economic analysis after the EC changed the scope of its investigation. The GC agreed with Qualcomm and found that no rival supplier was technically able to supply the required chipsets. Therefore, the payments received by Qualcomm were not capable of creating anticompetitive effects.

Why it matters: The GC has reinforced the defendant’s rights of defense in antitrust cases. The EC cannot withhold information received from third parties that is potentially relevant for its decision. Defendants should be given an opportunity to submit economic evidence related to the final case file (and not an interim version of this file). On substance, the EC should precisely delineate affected products and scrutinize whether conduct by dominant firms has a real competitive effect.

The FTC issued a policy statement on pharma competition: In June, the FTC issued an enforcement policy statement regarding rebates and fees paid by drug manufacturers to intermediaries, such as pharmacy benefit managers, which “may shift costs and misalign incentives in a way that ultimately increases patients’ costs and stifles competition from lower-cost drugs.” The FTC plans to scrutinize the practice and “will monitor private litigation and file amicus briefs where it can aid courts in analyzing unlawful conduct that may raise drug prices.” The FTC is considering its options for bringing claims under Section 1 of the Sherman Act, Section 2 of the Sherman Act, Section 3 of the Clayton Act, Section 5 of the FTC Act, and Section 2(c) of the Robinson-Patman Act.

Why it matters: This policy statement puts companies in the pharmaceutical supply chain on notice that the FTC will be scrutinizing rebates and pricing schemes that have the effect of excluding products or steering more volume to higher-priced drugs.

EC launches evaluation of antitrust procedural rules: The EC has launched an evaluation of Regulations 1/2003 and 773/2004 (the Regulations), the key legislation underpinning antitrust enforcement in Europe. According to antitrust chief Margrethe Vestager, the purpose of the review is to examine the scope for “more efficient and effective procedures and enforcement tools” to ensure that the Regulations are “fit for the digital age.” The EC will also consider how to make its informal guidance “more operational and useful to the business community.” Stakeholders are able to provide their views during a public consultation period running from June 30 to October 6, 2022.

Why it matters: The European Union (EU) antitrust framework has not faced significant reform since it came into force in 2004, despite a number of shortcomings being identified in previous reviews. This evaluation offers stakeholders the chance to engage with the EC on key issues of interest such as investigation procedures and cooperation between the EC and national authorities. The latter may be of particular importance given the potential overlaps between antitrust regulation and the new sectoral rules set out in the forthcoming Digital Markets Act. 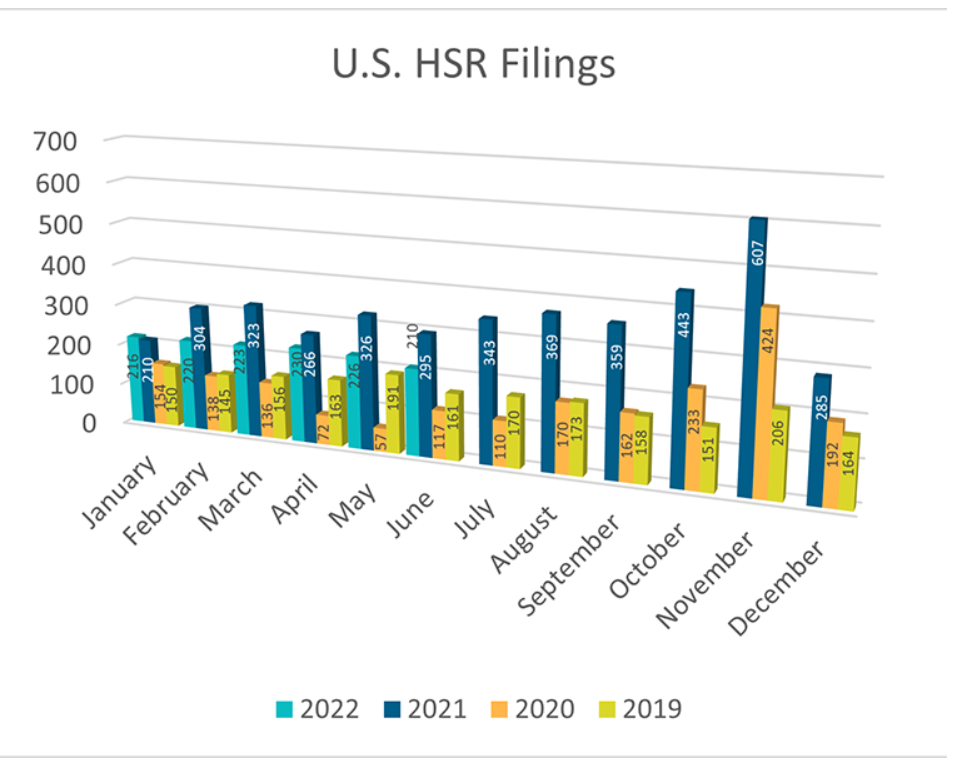 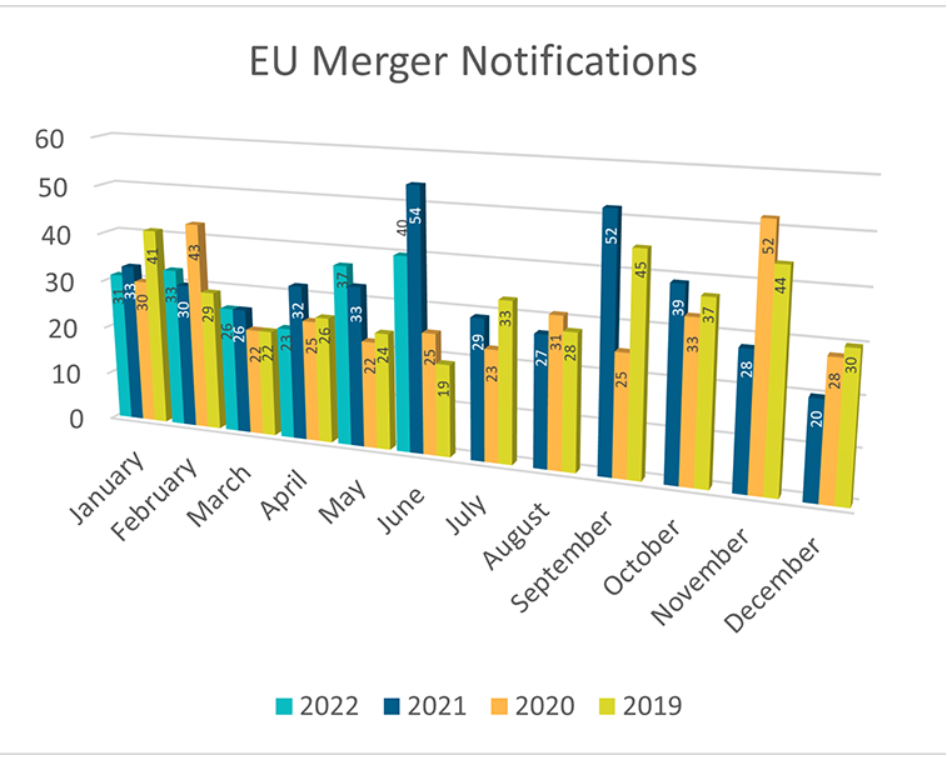