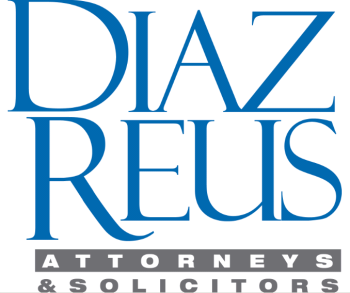 I’m here in Atlanta at AUVSI’s Unmanned Systems 2015 conference and expo, where DroneLaw.Com has its own humble booth on the expo floor while I split my time attending various panel sessions.

Yesterday, I had the good fortune of attending a panel on Legal Updates on the Use of sUAS, which was moderated by Mickey Osterreicher, General Counsel for the National Press Photographers Association.  Sitting on the panel were James Williams, Manager of the FAA’s UAS Integration Office; Dr. Gregory McNeal, law professor and Forbes contributor whose reports on UAS integration have been priceless; trailblazing sUAS attorney Brendan Schulman of Pirker case fame; media lawyer Charles Tobin; and English solicitor (he had a funny joke about that word) Peter Lee.  Here’s a not very good picture of the panel (lighting was terrible):

The session mainly centered on critiques of the FAA’s rulemaking decisions, including its interpretation of Section 333.  Mr. Williams handled the slings and arrows with grace, and provided some plausible – if not completely satisfactory – explanations of the FAA’s thinking on various issues.

One of the primary themes was the FAA’s claim that it lacks statutory flexibility on interpreting its mandate under the FMRA.  Mr. Williams noted that he is not an attorney, so he relies on what his legal staff tells him. He said that Congress made the decision to define sUAS as “aircraft,” which in turn brings all UAS under the existing FAR framework until new rules can be crafted. That is why, he said, the FAA has no flexibility under Section 333 to waive the airman certification requirement.

The lawyers on the panel expressed their disagreement, and during Q&A I pointed out that the Chevron doctrine gave the FAA a lot more latitude than it was claiming.  But of course, Mr. Williams didn’t come here to be persuaded to change the FAA’s mind, but to explain the FAA’s point of view.

One of the more interesting comments came when Mr. Williams was asked about the FAA’s broad definition of “navigable airspace” for purposes of sUAS. He said, first, navigable airspace is wherever an aircraft can safely operate. Second, because Congress chose to define sUAS as “aircraft” in the FMRA, anywhere a small drone could fly safely was therefore navigable airspace.

A clever bit of circular reasoning. But there you have it.

The panel also discussed the proposed microdrone rule that Brendan Schulman filed on behalf of the UAS America Fund.  The debate focused on the issue of whether a small drone of less than three pounds posed a genuine risk to aircraft.  Mr. Schulman pointed out that, in the opinion of his client’s expert, that sort of mass was equivalent to a medium-sized bird.  The data we have on bird strikes indicates that such a mass poses no unusual threat to manned aircraft.

Mr. Williams rebutted that mass is just one aspect of the equation, the other is kinetic energy. He said that the FAA has been diligently search for available data on this question, but have so far come up empty. (I suggested that someone should rent Boeing’s “chicken cannon”.  Williams said that he has actually looked into that, but that it would be too much money for his budget.)

Finally, readers will want to know of any new insight into the timeline for publishing a final sUAS rule.  Williams said that the FAA was pleasantly surprised by the manageable number of comments – somewhere in the range of 4,700.  This bodes well for having a final rule published by next year.