In a recent decision involving a dispute between head-to-head competitors in the market for “poster boards and poster board accessory products,” Judge Bolden in the District of Connecticut dismissed defendant Royal Consumer Products, LLC’s (“Royal”) counterclaim for false patent marking for failure to plead the claim with sufficient particularity.

According to the decision, Plaintiff ArtSkills, Inc. (“ArtSkills”) “develops and sells poster boards and poster board accessory products,” including a “Trifold Display Board with Header.” ArtSkills claimed that its Trifold Board is “a patented display board of the type used to display information for presentation,” and is “uniquely designed to remain securely closed and undamaged until ready for use” because of its “key advantage” of using “a single sheet of material, including three display panels and a header panel . . . .” 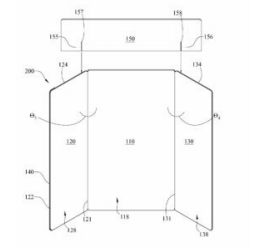 According to ArtSkills’ complaint, in the late 2000s, Royal began to introduce competing products “that were deliberately designed to duplicate the appearance of ArtSkills products.” ArtSkills specifically asserted infringement against Royal’s “Eco Brites Project Board with Header,” which allegedly included “all the unique functional features of the ArtSkills Trifold Display Board” and was “configured in the same manner to stay securely closed and intact until used by the consumer.”

Royal then answered, asserting affirmative defenses and counterclaims, including a counterclaim for false marking—a claim based on “mislead[ing] the public into believing that a patentee controls the article in question,” which, the court explained, “can injure the public interest in free and full competition.”

Before dismissing Royal’s counterclaim, the Court noted that a false marking claim, like a claim for fraud, is subject to the heightened pleading standard of Federal Rule of Civil Procedure 9(b). As such, the Court found that Royal was required to plead all elements of a false marking claim—namely, (1) an unpatented article, (2) a purpose to deceive the public, and (3) a competitive injury—“with particularity.”

The Court determined that Royal’s false marking counterclaim fell short of the “particularity” standard on the second element—“a purpose to deceive the public.” Although Royal alleged that “ArtSkills marked its products with the design patent numbers, while aware that the Trifold Board was not covered by those patents, and falsely marked the products with the patent numbers for the purpose of deceiving the public,” that was not enough. According to the court, “the bar for proving deceptive intent in the context of a false marking case is ‘particularly high, given that the false marking statute is a criminal one, despite being punishable only with a civil fine.’” The court concluded that without “facts sufficient to establish that ArtSkills knew that the marking was false, and, despite that knowledge, . . . chose nevertheless to mark the Trifold Display with the false patent number,” Royal’s counterclaim could not proceed.

Royal’s counterclaim is not lost completely, however. The court granted Royal leave to amend the counterclaim, to correct the problems identified in the court’s opinion. The case is ArtSkills, Inc. v. Royal Consumer Prods., LLC, 3:17-cv-1552, in the District of Connecticut. A copy of the opinion can be found here.