Gujarat Cooperative Milk Marketing Federation (“GCMMF”), registered proprietor of the trademark ‘Amul’, is a renowned co-operative society based out of Gujarat, India since 1946. The mark ‘Amul’ was granted the status of a well-known mark in the year 2013 vide an order passed by the IPAB[1]. On August 28, 2020, the Delhi High Court granted a dynamic injunction against fraudulent websites misusing the mark ‘Amul’ as part of their domain name.

In the recent past, GCMMF received several complaints with respect to fraudulent websites using the well-known trademark ‘Amul’ as part of their domain names. These parties not only deceived the public by offering distributorship, dealership, jobs, etc. at Amul, but were also asked to deposit money to their bank accounts. GCMMF filed several cyber complaints and issued notices against the fraudulent use of their trademark but no major action was taken, thereby resulting in mushrooming infringers all across the country. 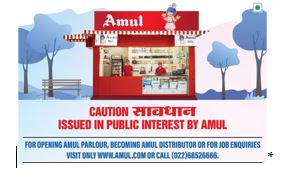 *We do not claim copyright over this image

Aggrieved by such fraudulent practices GCMMF at last approached the Delhi High Court seeking an injunction against the fraudulent websites misusing their well-known trademark ‘Amul’ as part of their domain names. GCMMF submitted that such impersonation not only amounts to trademark infringement but is also causing irreparable loss to the brand’s goodwill.

The Court agreed that GCMMF had made out a prima facie case and stated that if no ex-parte ad-interim injunction is granted GCMMF as well as the common public would suffer irreparable losses. The Court also granted leave to GCMMF to seek necessary relief if and when they discover any other website/domain/entity engaged in the infringement of their trademark ‘Amul’.

The blanket order includes an injunction order against domain name registrars, including but not limited to, Go daddy, Name Cheap, Freenom, from selling or offering for sale domain names containing the mark ‘Amul’ as a part thereof. Further, the Court directed the Department of Telecommunications, Ministry of Information Technology and National Internet Exchange of India to block access to such infringing websites. The Court also directed various banks to disclose the details of the bank account holders wherein the money deposits were made.