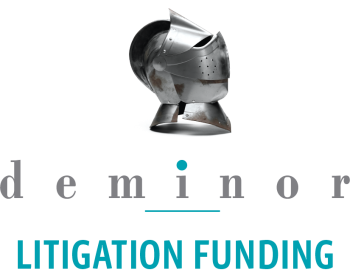 On 6 October 2021, the European Court of Justice (“ECJ”) issued a landmark judgment in the Sumal case. It dealt with when a subsidiary can be held liable for damages resulting from the participation of its parent company in a cartel, and what constitutes a single economic unit for that purpose.

The case related to a follow-on claim by Sumal to recover alleged overcharges as a result of the Commission’s trucks cartel decision of 19 July 2016. Sumal had commenced a claim in Spain against the Spanish subsidiary of Daimler AG, Mercedes Benz Trucks España (“MBTE”). While Daimler was an addressee of the Commission’s infringement decision, MBTE was not.

Sitting in Grand Chamber, the ECJ answered preliminary questions from the Spanish civil court. The key issue was whether an injured party can bring an action for damages against a subsidiary where the parent company has been sanctioned by the Commission in an infringement decision and where both entities constitute a single economic unit.

The ECJ recalled its earlier case law from Skanska whereby a parent company can be held liable for the harm caused by its subsidiary if they form part of the same economic unit. The Court reaffirmed that the concept of an ‘undertaking’ within Article 101 TFEU has the same meaning in public and private competition law. An ‘undertaking’ refers to an economic unit, even if that economic unit consists of several natural or legal persons.

However, the ECJ noted that not every subsidiary of a parent company targeted by a Commission’s infringement decision is automatically liable. A group of companies can consist of legal or natural entities that are active in different and unrelated economic activities. It would be unfair to hold a subsidiary liable for infringements committed in the context of economic activities that are entirely unconnected to its own activity and in which they were not involved. Rather, the question of whether the subsidiary and the parent are part of the same economic unit depends on the existence of a specific link between the subsidiary’s economic activity and the subject matter of the infringement the parent company has been held responsible for.

In essence, the ECJ concluded that a ‘downward’ extension of liability from a parent company to its subsidiary is possible, subject to a number of conditions. A claimant must prove that both companies are part of the same economic unit by establishing the existence of:

In circumstances such as Sumal, the victim must establish that the anticompetitive agreement concluded by the parent company concerns the same products as those marketed by the subsidiary.

The Court also provided some guidance on the subsidiary’s right of defence in situations of ‘downward’ liability. As the subsidiary was not part of the public enforcement proceedings before the Commission, it must be able to refute its liability for the harm alleged by relying on any ground that it could have raised if it had participated in the proceedings. However, the Court noted that the subsidiary cannot challenge the finding of an infringement against its parent.

This judgment, often described as claimant-friendly, provides much-awaited clarity on the single economic unit doctrine and the corresponding attribution of liability. It confirms that a subsidiary which is not an addressee of a Commission decision can still be held liable for the damage caused by a competition law infringement by its parent company if both entities belong to the same economic unit. This extended liability should improve the position of victims of competition law infringements and increase their options regarding where to bring a claim within the EU.

Impact on choice of jurisdiction

The ‘downward’ attribution of liability may lead injured parties to bring their damages claim before any EU court where a subsidiary (which is part of the same economic unit as its parent company) of any addressee of a Commission’s infringement decision is domiciled. Claimants should therefore have additional litigation fora.

Even if all Member States’ civil courts apply the notion of an economic unit in private enforcement cases in accordance with Sumal, this judicial harmonisation will trigger new questions, particularly as regards jurisdiction. Looking a step further, the ‘anchor defendant’ principle enables a claimant to sue all the members of a cartel in the Member State where one of them is domiciled. Following Sumal, one might imagine co-cartelists being sued in the domicile of a subsidiary which was not even mentioned in the Commission decision. How this will be dealt with in practice remains to be seen.

The Sumal judgment brings important clarification of a matter which has not been harmonised by the Damages Directive but is of great importance for damages actions for competition law infringements. The judgment is consistent with previous case law in the area, which focuses on the direct effect of Article 101 TFEU and the imperative of ensuring its full effectiveness. By clarifying a subsidiary’s liability in follow-on damages claims, this judgment opens up additional litigation fora for victims of antitrust infringements.