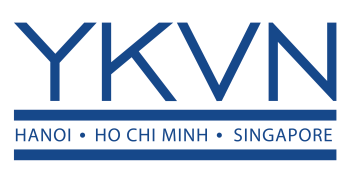 An extract from The International Arbitration Review, 12th Edition

As reported in last year's edition, in an effort to overcome the uneven and inconsistent enforcement of foreign arbitral awards under the New York Convention in Vietnam, which is largely because of courts around the country not having the same level of experience in dealing with enforcement issues, the Judicial Council of the Supreme People's Court, consisting of all the judges of the Supreme People's Court, was working on a comprehensive resolution aimed at providing uniform guidelines for Vietnamese courts to apply in considering the recognition and enforcement of foreign arbitral awards in Vietnam. In late 2019, the Judicial Council circulated a draft resolution and invited comments and recommendations from the arbitration community in Vietnam.

We believe this resolution will be a major step towards making the recognition and enforcement of foreign arbitral awards in Vietnam more consistent with global standards and practices. First, the key definition of foreign arbitral awards in the current draft resolution appears to follow closely the New York Convention. Second, the resolution is a legal document under the Law on the Promulgation of Legal Documents, which means that it will have the force of law. Third, it is a directive from the Supreme People's Court to all lower Vietnamese courts, which will have to apply it. For these reasons, the resolution should significantly improve the quality and consistency of judicial decision-making in the area of recognition and enforcement of foreign arbitral awards.

However, in 2020, because of the covid-19 pandemic, the progress on this resolution was delayed. We, however, expect that it will be resumed in 2021.

On 25 September 2020, the Ministry of Justice, the United Nations Development Programme in Vietnam and the British Embassy in Hanoi jointly announced the establishment of an official database on the recognition and enforcement of foreign courts' judgments and foreign arbitral awards in Vietnam. The purpose is to provide statistics and updates on the enforcement of foreign judgments and awards in Vietnam with the aim to improve the process.44

The data is published on the Ministry of Justice's website and will be updated from time to time.45 As of the date of this article, the statistics from 1 January 2012 to 30 September 2019 are available. During such period, there were 83 petitions for recognition and enforcement of foreign arbitral awards in Vietnam. Among them, 30 were rejected. We note, however, that currently this database does not include the relevant court decisions. The database only contains key information and, if the petition is rejected, a brief summary of the grounds for rejection.

Resolution 02/2020 is relevant for arbitration matters seated in Vietnam if a party seeks interim measures from a competent court instead of the tribunal. In such circumstances, the Civil Procedure Code 2015 will apply with respect to the application, modification, supplementation or cancellation of interim measures.50

As reported in last year's edition, there have been at least eight reported investor–state disputes involving Vietnam as a party:51

It was reported in early 2020 that the ConocoPhillips and Perenco v. Vietnam case was settled in favour of Vietnam.53 Regarding the Shin Dong Baig v. Vietnam case, a hearing on both jurisdiction and the merits was held in Singapore on 3 and 4 February 2020 and the tribunal rendered its award on 29 October 2020.54

YKVN - Do Khoi Nguyen
﻿
Back Forward