Colorado Bills that Could Affect Development in 2019 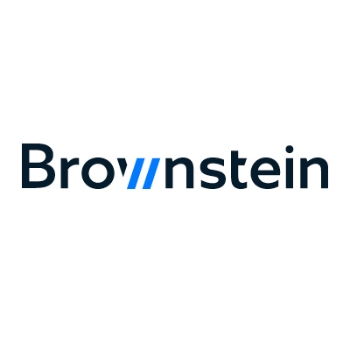 The 2019 Colorado General Assembly has only been in session for a few weeks, but bills are already pending or in the works that may affect real property and development. Here, we discuss a few of the most impactful. For more information, you can always contact one of our government relations or real estate professionals using the contact information below.

Overall it is likely that these bills will make BIDs more flexible for a wider variety of situations, using procedures similar to those found in the Special District Act.

Nonresident Electors of Special Districts. HB 19-1108. (Rep. L. Liston (R- El Paso) and Rep. E. Hooton (D-Boulder);Sen. J. Tate (R. Arapahoe). This bill would allow persons who own property within the boundaries of a special district in Colorado, but do not reside in Colorado, to vote in special district elections and to serve on special district boards. This bill is similar to one that passed in the 2018 General Assembly, but was vetoed by Gov. John Hickenlooper. With respect to the previous bill, sponsors and supporters have indicated that they seek to correct a situation in which out-of-state taxpayers within a district are subject to “taxation without representation.” However, opponents of the bill, such as the Special Districts Association (“SDA”), have expressed concerns about potential constitutional and public policy issues raised by the bill, noting that voting in Colorado elections should be tied to registering to vote in Colorado.

Notice of Blight Designation. HB 19-1084. (Rep. M. Gray (D-Boulder, Broomfield); Sen. R. Zenzinger (D-Arvada)). This bill conforms state statute to a recent 10th Circuit Court decision in M.A.K. Investment Group v. City of Glendale, in which the court found that property owners are entitled to notice that their property is within an area that has been found by a municipality’s governing body to be blighted. Under current law, the statute requires that notice be provided to property owners when a blight study is commenced; notice of a public hearing at which a new urban renewal plan will be considered; and notice following the hearing to property owners when blight is not found to exist. This legislation would also require notice to property owners following a hearing when blight is found to exist. Urban renewal practitioners largely view this bill as a procedural “cleanup” bill.

Property Owner Consent to Historic Designation. HB 19-1078. (Rep. K. Lewis (R-Baca, Bent, Las Animas). This bill requires that the State Historical Society require the consent of the property owner or owners prior to approving an application for designation on the National Register of Historic Places.

Uniform Deed Forms and Language for Title Companies. HB 19-1098. (Rep. M. Gray (D-Boulder, Broomfield)). This bill allows title companies to prepare deeds, upon delegation of authority by a licensed real estate broker, and clarifies how exceptions to warranties of title are to be described when the conveyance is via warranty deed or special warranty deed. It is intended to reconcile a conflict between the 2019 form contract and how Colorado case law and title company practice treat the question of what warranties the seller is making to the buyer about title. It appears that this legislation will mostly impact residential home sales, as opposed to commercial transactions. Several impacted constituencies (such as the real estate section of the Colorado Bar Association) have not yet taken a position on this legislation.

Right to Rest. HB 19-1096. (Rep. J. Melton (D-Arapahoe)). This bill is similar to a bill introduced in the last few legislative sessions, and in the same vein as a local initiative presently slated for the May ballot in Denver, called Right to Survive, and is designed to protect homeless individuals from enforcement of local regulations. The legislation grants to all persons the right to rest in a non-obstructive manner; the right to shelter oneself from the elements in a non-obstructive manner; the right to eat, share or distribute food in any public place where food is not prohibited; and the right to occupy a motor vehicle, so long as it is legally parked on public property, or parked on private property with the permission of the property owner. The legislation allows persons whose rights have been violated to pursue a civil action in court, and generally preempts local legislation to the contrary, unless the local government can demonstrate that it has a waiting list of fewer than 50 persons for public housing for three consecutive months.