At the end of 2016, a series of wage increases went into effect for New York employers, based on their location and number of employees.  Every year until 2021, the minimum wage schedule increases.  The following chart shows the effective dates and minimum wage increases: 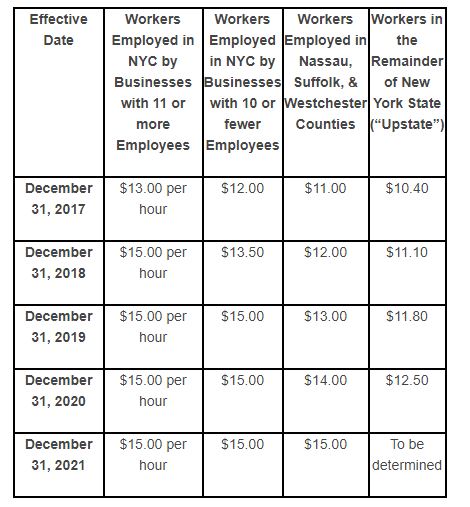 After the increase to $12.50 on December 31, 2020 for Upstate workers, minimum wage will continue to increase according to an indexed schedule until the minimum wage reaches $15.00 per hour.