Creating and registering security interests over aircraft in Switzerland 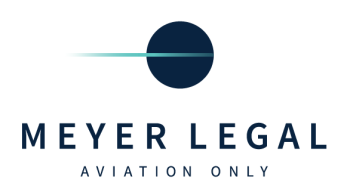 What is the typical form of a security document over the aircraft and what must it contain?

The form must be signed by the owner. Considering that the form is only available and will necessarily be submitted in German or French, the FOCA is flexible as regards the language of the mortgage agreement itself.

The mortgage agreement and the official form (see question 15) must be submitted in original format. The authority of the relevant signatories must be evidenced by corporate documents or individual passports (provided as originals or as copies, which will have to be notarised and apostilled or legalised in another way depending on the country in which the relevant documents and copies are processed). The exact requirements of the FOCA as to the form of the documents can and should be discussed with the FOCA in advance so as to allow a timely registration of the mortgage at closing (see question 17). No costs are charged by the FOCA in relation to the documents themselves.

Must the security document be filed with the aviation authority or any other registry as a condition to its effective creation or perfection against the debtor and third parties? Summarise the process to register a mortgagee interest.

The aircraft mortgage does not exist unless and until it has been registered with the Swiss Aircraft Records Register. As a prerequisite, the aircraft itself must be registered with the Swiss Aircraft Records Register (see questions 6 and 8). Provided that the parties are represented by an experienced and reliable Swiss counsel, it is reasonable to expect the registration of a mortgage to take place immediately upon the Swiss counsel’s instruction email to the FOCA. Such speed is possible only to the extent that a PDF copy of all documentation (see questions 15 and 16) has been submitted to and approved by the FOCA in advance and the Swiss counsel can confirm that the original documents are being couriered to the FOCA on the same day. The fees charged by the FOCA for the registration of a mortgage depend on the secured amount (the maximum fee is 17,200 Swiss francs and the minimum fee is 385 Swiss francs).

How is registration of a security interest certified?

Effect of registration of a security interest

What is the effect of registration as to third parties?

How is security over aircraft and leases typically structured? What are the consequences of changes to the security or its beneficiaries?

A Swiss aircraft mortgage is a right in rem. It affects and follows the aircraft, even if the aircraft is sold to a third party. Under Swiss law, the mortgagee and the lender are traditionally one and the same entity. However, Switzerland recognises trust and fiduciary structures in general, and the FOCA accepts that a mortgagee is acting as a security trustee (if such is the role of the mortgagee under the financing documentation). This allows a group of lenders to change without amending the Swiss Aircraft Records Register, as long as the security trustee remains the same entity.

What form does security over spare engines typically take and how does it operate?

A spare engine cannot be subject to an independent mortgage.

If a spare engine is expressly designated and registered with the Swiss Aircraft Records Register with a specific mortgaged aircraft, it becomes an integral part of the latter and is subject to the same mortgage as the aircraft (even though it is not installed on it or if it is installed on another aircraft). The spare engine can be replaced by another engine provided the registration is modified accordingly with the Swiss Aircraft Records Register, and such modification does not reduce the mortgage value.

The legal regime applicable to a spare engine that is not on the Swiss Aircraft Records Register as integral partly depends on its use. As long as it has not been used, the engine is not considered as an accessory of the mortgaged aircraft and can therefore not become subject to the mortgage (save through application of certain restrictive provisions of articles 29 et seq of the AARR, governing the extension of mortgages to spare parts (such as engines to be stocked in a separate warehouse)).