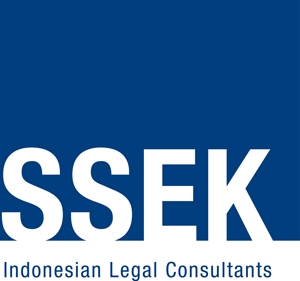 Gross Split PSC is defined by MEMR Reg. 8/2017 as a production sharing contract in the upstream oil and gas sector based on the principle of gross production split without a cost-recovery mechanism.

Contractors may propose to change cooperation contracts (i) whose term has expired and that have been granted an approval for extension or (ii) that were signed prior to the stipulation of MEMR Reg. 8/2017 to Gross Split PSCs. If this is done, all operating costs that have been incurred and have not been recovered may be calculated as an addition to the contractor’s share.

Oil and gas production shared between the government and the contractor under a Gross Split PSC is based on a pre-determined base split, i.e., 57%-43% respectively for crude oil and 52%-48% respectively for natural gas. This base split shall be used as a reference in stipulating production sharing when a plan of development is approved and can be adjusted according to variable components and progressive components.

If there is a difference between the variable components and progressive components for any field’s plan of development and the actual conditions, production sharing shall be adjusted based on the actual conditions after commercial production. This shall include adjusting the calculation of the progressive component based on crude oil price, which shall be done on a monthly basis pursuant to the relevant calculation of the Indonesian crude oil price.

Since the Gross Split PSC does not contain any cost-recovery mechanism, SKK Migas will only provide its approval of the work plans submitted annually by contractors and not the budget plans, which SKK Migas approves for conventional production sharing contracts with a cost-recovery mechanism. Budget plans submitted by contractors shall only be used as supporting data for evaluating work plans.

MEMR Reg. 8/2017 stipulates several obligations that are also contained in conventional production sharing contracts. These are (i) the obligation for contractors to deliver 25% of their oil and gas production share for domestic needs, commonly known as the domestic market obligation (“DMO”); (ii) the prioritization of Indonesian manpower and domestic goods, services, technology, engineering and construction; and (iii) the utilization of petroleum data.

In addition, MEMR Reg. 8/2017 provides that provisions on procedures for the preparation, stipulation and offer of an oil and gas work area, firm commitments, work commitments, guarantees, the relinquishment and returning of work areas, unitization, 10% participating interest, bonuses and post-operation activities, including the reservation of post-operation activities funds, that are applicable to a conventional production sharing contract remain applicable for a Gross Split PSC.

MEMR Reg. 8/2017 further reaffirms that, although the Gross Split PSC does not implement any cost-recovery mechanism, all land, goods and equipment purchased by a contractor and directly used in upstream oil and gas business activities shall become the property of the state.

Although the stated purpose of MEMR Reg. 8/2017 is to improve the efficiency and effectiveness of the production sharing scheme in the Indonesian upstream oil and gas sector, there are several issues surrounding this regulation. These include:

a.         Whether a the Gross Split PSC is more attractive for contractors than a conventional production sharing contract; and

It will be important to monitor how these issues play out in practice and how this new regulation is implemented.