On 5 January 2019 entered into force Resolutions passed by the Cabinet of Ministers of Ukraine on 18 December 2018 (the 'Resolutions') approving tenders for execution of production sharing agreements (the 'PSAs') with the State of Ukraine for 12 oil and gas blocks.

Since this is the first time since 2012 that new oil and gas blocks are being offered to investors under PSAs, these resolutions represent a significant development for the Ukrainian oil and gas sector.

Below we capture the main features of the PSA tenders envisaged by the Resolutions.

Conditions of the PSA tenders

The main conditions of the PSA tenders for the 12 oil and gas blocks are as follows:

—— Mineral resources that can be explored and extracted: Natural gas, shale gas, tight gas, coal-bed gas (methane), gas condensate and oil within 10,000 meters below the surface.

—— Oil and gas blocks: The blocks nominated for separate PSA tenders include: 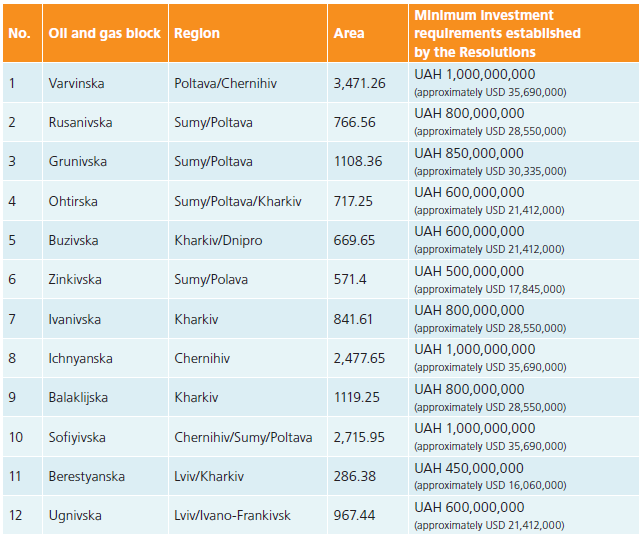 —— PSA duration: 50 years, unless otherwise agreed by the parties.

PSA tenders are expected to be announced in February or beginning of March, at which time bidders will have three months to submit their applications.

The PSA tenders will be performed under the following procedure in accordance with the Resolutions and the Law of Ukraine No. 1039-XIV On PSAs dated 14 September 1999: 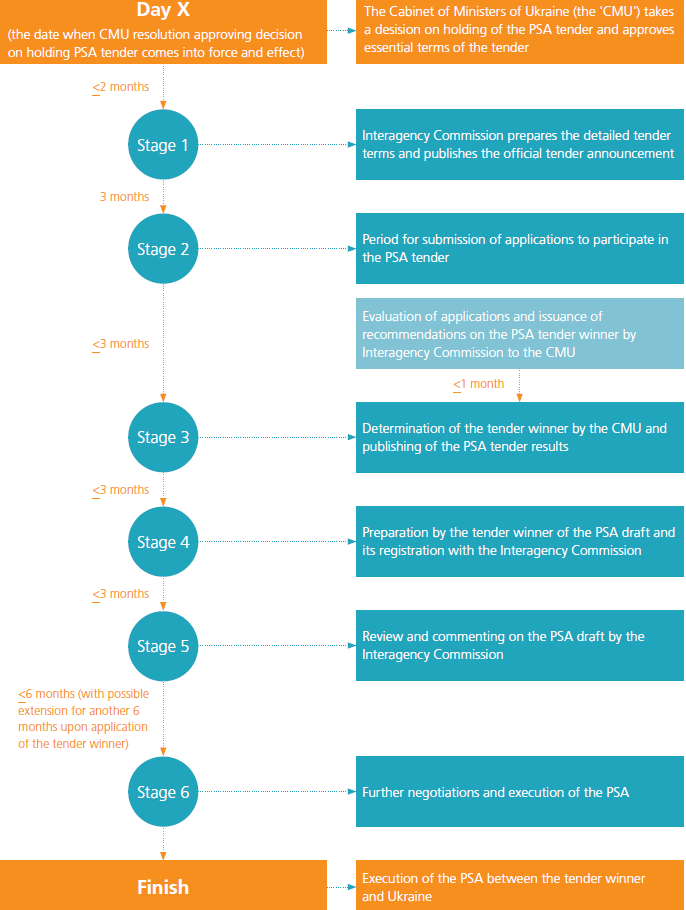