China’s launch of a central bank digital currency (CBDC) has become a question of when and not if. The more important question for businesses is: how do I get ready for a digital RMB? After all, digitising the currency of the world’s most populous nation and second largest economy may well be one of the most important changes to the financial system since China invented paper money more than one thousand years ago.

In this article, we unpack the key aspects of China’s CBDC from an onshore and offshore perspective as it continues to unfold, and provide insight into the key issues to consider in engaging with this refreshed and reimagined currency infrastructure.

Background on digital RMB – what, why and when

What: For the better part of the past decade, China has been developing and testing its own CBDC known as DCEP (which stands for Digital Currency Electronic Payment) – although the terms DCEP, digital RMB, digital yuan and e-CNY are often used interchangeably.

China intends for DCEP to become legal tender in China. Legal tender status means DCEP can only be issued by China’s central bank, the People’s Bank of China (PBOC), which distinguishes DCEP from privately-issued virtual assets such as Bitcoin and Diem Coins (Libra). DCEP will enjoy the same legal status as physical RMB, which means (unlike the account balance in mobile payment service providers such as Alipay and Wechat Pay) no one can theoretically reject DCEP as payment for any public or private debt within China. These fundamental features of DCEP are reflected in recent draft revisions to the Law of the People’s Bank of China, which will provide the legal basis for the PBOC to issue DCEP.

Operationally, it is expected that DCEP will be issued by the PBOC to commercial banks and non-bank payment platforms and intermediaries, who will in turn make DCEP available to consumers and businesses. The PBOC has developed a digital RMB wallet app in which DCEP is stored. The app can be installed on smartphones to enable payments via QR codes, near-field communication (NFC) tapping and other methods. 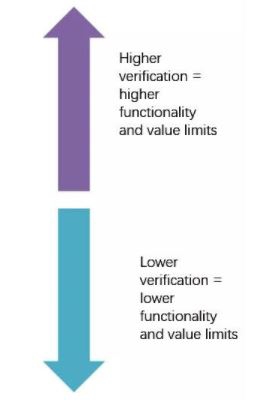 Significantly, DCEP will not be limited to online transactions and an internet connection will not always be required to pay using DCEP. A feature of DCEP known as ‘dual offline payments’ will allow payments to be made even when both the payor and the payee are offline.

In essence, DCEP will be a digital version of physical RMB and will be pegged to its physical counterpart on a one-to-one basis.

Why: From China’s perspective, DCEP can help achieve a number of outcomes, including:

A wide range of commentators have expressed their own views on how DCEP will support Chinese policies and the impact this may have locally, regionally and globally.

However, we believe there is consensus that DCEP and other central bank digital currencies generally seek to incorporate substantially similar considerations, including:

When: While no official nation-wide launch date for DCEP has been announced, China has made considerable progress in steadily pilot testing DCEP in the real world. The pilot program has already expanded to major cities such as Shanghai (China’s financial centre) and Shenzhen (China’s tech hub), and is set to reach Beijing ahead of the 2022 Winter Olympic Games to be hosted there.

Internationally, China has been testing DCEP’s cross-border use in the Hong Kong Special Administrative Region and has been working with some central banks on international payments involving DCEP. The fact that the PBOC has set up a joint venture with global payments messaging network SWIFT is an indicator of China’s plans for DCEP’s international use.

In light of the paramount importance of financial and social stability, any roll-out of DCEP in China can be expected to be incremental, with physical RMB being gradually phased out after a long period of co-existence.

It’s worth noting, however, that an ‘incremental’ roll-out in the context of a USD 15 trillion (and growing) economy, the world’s largest trading nation and a population of 1.4 billion (with a bulging middle class dominated by digital natives) is still a game-changer which presents enormous opportunities for businesses.

Distinguishing features of the digital RMB

Besides being offered to retail and not being blockchain based, some of the most important distinguishing features of DCEP are conditional anonymity, support for offline-to-offline payments and support for smart contracts.

DCEP has privacy considerations embedded “by design”. But as with almost every jurisdiction in the world, privacy does not equate to full anonymity and DCEP takes a structured approach to data access.

As noted above, the digital RMB wallet app allows dual offline payments, which means payments can be made from the payor to the payee while neither is connected to the internet.

As DCEP will enjoy the same legal status as physical RMB, it is important to ensure that payments can be made anytime, anywhere regardless of internet connection.

The technology behind the dual offline feature is significant, as critical to the success of any digital currency is avoiding the risk of “double spend”.

How your business can get ready for a digital RMB

A business that operates in China or transacts with Chinese companies and individuals (as business partners, suppliers, customers, employees etc.) needs to start thinking about how to get ready for DCEP.

At the current stage of DCEP’s development, it is somewhat early to produce a comprehensive DCEP readiness checklist for businesses, but there are many thematic issues worth considering now. These issues include:

Your business will need to have the systems and infrastructure in place to make and accept DCEP payments.

Within China: DCEP must be accepted as legal tender within China and over time, we expect most if not all businesses will need to operate within the new ecosystem surrounding DCEP.

On the surface, the emergence of DCEP may not change the day-to-day practices of Chinese consumers who already use their phones to make payments via popular mobile payment platforms such as Alipay and Wechat Pay. But behind the scenes, a whole new technological infrastructure and updates to the supporting regulatory framework will be developed to support the creation, circulation, payment and acceptance of DCEP, including new concepts such as digital wallets and dual offline payments.

Businesses will also need to consider how DCEP will interact with traditional bank accounts and existing mobile payment services. We expect physical cash will continue to have a diminishing role in major cities, although it will still play an important role in rural areas and less developed cities.

Outside China: The transactional convenience and policy importance of DCEP may see it being widely used by Chinese individuals and companies (including China’s growing middle-class and Fortune 500 companies) to make and accept international payments. Therefore, even if your business does not operate in China, there may still be benefits to considering how DCEP payments from Chinese consumers and businesses might work.

For banks, particularly those working within and outside China, there is a need to consider how to deliver ongoing support for RMB within this new framework. This includes adjusting traditional payment rails, considering how to divide tasks between onshore and offshore entities, carefully thinking through licensing and regulatory notification issues, and adapting corresponding AML/CFT controls, documentation and disclosure

Cross-border payments using DCEP can give rise to many systems, interoperability, data, legal and regulatory implications, especially if the recipient of DCEP is based in a jurisdiction that still uses physical currency, which is highly likely to be the case because China is on track to become the first major economy to roll out a CBDC at the retail level. 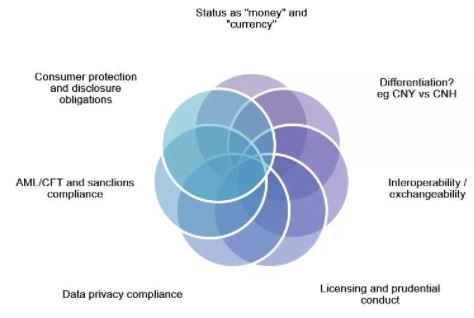 Also, there are still multiple policy “unknowns” in relation to DCEP availability outside of Mainland China, including:

The Beijing 2022 Winter Olympics are widely expected to be a litmus test of how those travelling into China or otherwise engaging with Chinese businesses – as well as their supporting banks and payment providers – might use DCEP, and whether broader cross-border use cases will emerge in the lead up to this event and beyond.

The efficiency and convenience of DCEP for domestic and, eventually, international payments means clearing and settlement delays could become a thing of the past. The near instantaneous nature of DCEP payments can have significant implications for your business’s RMB and multi-currency cash management, payments and foreign exchange strategies.

Over the medium to long term, DCEP has the potential to reduce your business’s RMB cash management, liquidity management and operational costs. Financial institutions that operate in this space will also need to think about what DCEP means for their cash management, payments and foreign exchange solutions and offerings.

3. Financial and technological innovation and integration

For tech and fintech companies, the new DCEP-centric ecosystem will also be ripe for innovation. DCEP will become the fuel on which China’s digital economy runs, and new technologies and applications will need to be developed to connect DCEP with artificial intelligence, internet of things, big data, 6G, blockchain, cloud computing and other pillars of China’s digital economy.

A business may regard the features of DCEP (such as transactional convenience, efficiency, centralisation and visibility over use) as offering both opportunities and challenges; trade-offs and rewards.

Businesses that will be required to use DCEP (its acceptance will eventually become mandatory within China) as well as businesses that want to use DCEP (for example, to accept cross-border payments from Chinese consumers and companies) will need to consider the balances and counterbalances presented by DCEP, including legal, regulatory, compliance, data, privacy, security and other implications.

Businesses will not be alone in thinking about these complex issues. Central banks, regulators and governments around the world are also exploring issuing their own CBDC and are thinking about what the emergence of DCEP and other CBDCs means for existing international payments infrastructures, financial markets, transmission of monetary and fiscal policies, monetary sovereignty, global governance and the world economy.

When DCEP is officially launched in China, policymakers, central bankers and regulators in other jurisdictions may need to provide clarity and guidance regarding how and the extent to which DCEP payments can be made or accepted in their jurisdictions.

The path ahead – key steps for DCEP readiness

When paper currency first emerged in China more than one thousand years ago, it brought about lasting changes to the concept of money and human civilisation. At that time, China was the world’s largest economy. Fast forward to today, a new form of (digital) currency is about to emerge in China, and the IMF and others predict that China could once again become the world’s largest economy by as early as 2030.

These parallels are not only interesting from a historical perspective, they underscore the significant impact DCEP could have on China and the rest of the world. Use of DCEP in China and, in time, internationally, has real-world commercial implications that extend far beyond the technocratic spheres of clearing and settlement systems, monetary policy and computer science.

For any company that does or wants to do business in China or with Chinese individuals and companies, now is the time to start thinking about DCEP and its implications.

Some of the key strategically important questions for your business include the following: 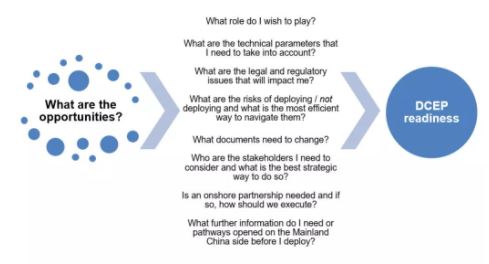