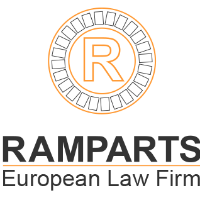 As virtual currencies can be held and spent outside of the existing financial services frameworks (at least to some extent) it means that information on the payer and payee and the amounts held or transferred may not be easily available to the authorities. In addition, wallets to hold virtual currencies can be decentralised smart wallets (ie, not controlled by an exchange or custodian). This can make investigating and tackling fraud difficult where criminals hack wallets or use virtual currencies to accept payments in respect of extortion and ransomware attacks.

However, there is a danger that the above factors are mistakenly described as making virtual currencies anonymous. There are a number of tools available to find relations between wallets and transactions on the relevant blockchains – these tools can assist authorities when looking for criminal activities and syndicates. Further, virtual currency transactions are taking place on an immutable public ledger. This means that it also represents an opportunity for law enforcement agencies not easily available for other monetary transactions (eg, cash and physical commodities).

With the advent of the DLT regime it is clear that virtual currency exchanges and operators will be within scope for anti-money laundering and counter-terrorist financing purposes from January 2018.

Some work has been done by public policy think tanks in respect of educating police authorities regarding the use and seizure of virtual currencies involving criminal activity. See, for example, “Innovation and the Application of Knowledge for More Effective Policing”, N8 Policing Research Partnership Catalyst Project.

Virtual currencies have been used in a number of high-profile fraud and criminal cases. The notorious Silk Road marketplace (involving the use of virtual currencies to pay for illegal goods and services) and the collapse of Mt Gox due to serious implications of fraud have given rise to successful prosecutions in a number of countries (particularly the United States).

Given the push to encourage a crypto economy, the Gibraltar Financial Intelligence Unity is likely to become a centre of knowledge, and integral to the investigation of crime related to DLT, blockchain and virtual currencies.