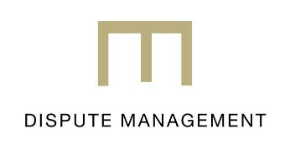 Are the parties typically represented by lawyers in commercial mediation? Are fact- and expert witnesses commonly used?

Since the Spanish Act foresees that mediation agreements can be signed by the parties or their representatives, it is possible to conclude that decisions about the presence of representatives are up to the parties and the mediator.

The Catalan Act foresees that, in mediation, the parties and the mediator shall attend meetings personally and shall not appoint representatives or intermediaries. Nevertheless, mediators shall inform the parties that it is advisable for them to receive legal assistance during mediation and that it is necessary for an attorney of their choice to draw up the settlement or an alternative appropriate legal document, based on the outcome of the mediation. Where applicable, the attorney may be a court-appointed lawyer, at the request of the parties involved. Moreover, depending on the circumstances of the case, the mediator may advise the parties to pursue specific counselling outside the legal sphere.

Nevertheless, in both complex commercial and cross-border disputes the presence of lawyers is common practice.

The Spanish Club of Arbitration Code of Best Practices in Mediation includes a specific section for counsel in mediation insisting on the importance of the prepared and proactive participation of lawyers in the process.

There have not yet been enough commercial mediation cases to have fact- and expert witnesses become normal practice in mediation, but nothing would prevent them from taking part in a process, provided they sign a confidentiality commitment.

Are there rules governing the mediation procedure? If not, what is the typical procedure before and during the hearing?

The Spanish Mediation Act provides for some rules governing the mediation procedure.

When ad hoc mediators or mediation institutions receive a request for mediation, they call the parties for an initial session with the object of informing them about any issue that may eventually compromise the impartiality of the mediator, the main characteristics of the mediation process and procedure, the cost of the mediation and any deadline involved.

Once this informative session has taken place, the mediation procedure commences with a constitutive session in which parties shall agree on the subject matter of the dispute submitted to mediation, the proceedings calendar and the deadline for the mediation completion. All this shall be recorded in the corresponding minutes. If no agreement is reached on any of these issues, the minutes of the constitutive session shall record it accordingly and, if the case may be, state that the mediation was not successful.

The Spanish Act stresses that the procedure shall be as brief as possible and the different stages be condensed into the fewest possible sessions.

The final minutes drafted at the end of the procedure shall include any agreements reached.

There are not yet enough commercial mediation cases being conducted to talk about a typical procedure, but experienced mediators certainly ask for early submissions to prepare for the case, hold pre-mediation caucuses either in person or on the phone to assist parties in preparing for the mediation and starting building rapport with them and hold join sessions and caucuses during the mediation as appropriate to make the process as efficient as possible.

Does commencement of mediation interrupt the limitation period for a court or arbitration claim?

According to the Spanish Act (article 4), the commencement of mediation suspends limitation periods from the date the referral is received by mediators or mediation institutions. Limitation periods will resume should the record of the initial joint session not be signed within 15 calendar days of the receipt of the request for mediation.

The suspension of limitation periods will continue until one of the following happens:

Is a dispute resolution clause providing for mediation enforceable? What is the legal basis for enforceability?

In contrast to mediation legislation in other European countries, the Spanish Act directly addresses the question of the enforceability of mediation clauses, stating in its article 6(2) that:

[w]here there is a written agreement expressing an undertaking to submit any disputes which have arisen or may arise to mediation, the process agreed in good faith must be attempted before resorting to the courts or any other extrajudicial solution. This clause shall have this effect even where the dispute turns on the validity or existence of the contract.

Additionally, article 10(2) of Act 5/2012 states that ‘the agreement to submit to mediation . . . bars the courts from hearing any dispute submitted to mediation during the time it is conducted’.

The declinatoria action shall be filed within 10 days of the term allowed to contest the complaint or within five days of the summons to appear at the hearing and shall have the effect of suspending the principal proceedings.

Despite the existence of this provision, some case law exists that could indicate that the courts might not always take this approach. In a case before the Madrid Superior Court, parties had entered into a multi-tiered dispute resolution clause where mediation was to be attempted first. Even before the first mediation session, the claimant submitted a request for arbitration on the basis of the need for interim measures. The court found that, ‘while the mediation provisions in the contract had been breached, the arbitration agreement had not been invalidated, because the agreement anticipated the possibility of the parties seeking interim relief through arbitration proceedings’.

Confidentiality is one of the guiding principles of mediation in Spain. The Spanish Act imposes a general duty on mediators, mediation institutions and parties to keep information disclosed in mediation confidential. The Spanish Club of Arbitration Code contains similar requirements.

The content of the mediation process and all documents used therein are confidential. As a consequence, mediators, mediation institutions and parties cannot disclose information arising out of or in connection with a mediation process. Breach of the duty of confidentiality will result in general civil liability.

Unless expressly authorised by the parties, mediators are not entitled to communicate or distribute information or documentation provided by the parties in private sessions. A breach of this duty would result in general civil liability.

What is the likelihood of a commercial mediation being successful?

It is difficult to assert on the likelihood of a commercial mediation being successful is Spain in terms of having all or some of the issues resolved by agreement because the number of cases is not relevant yet.

In any case, according to the statistics of the General Council of the Judiciary, the percentage of court-ordered mediations in civil and commercial cases having concluded with agreement has increased from 8.66 per cent in 2012 to 11.48 per cent in 2018.

According to the statistics of the Mediation Centre of Private Law of Catalonia, which include both family and private law cases, between 2010 and 2018 the lowest percentage of mediation cases administered by the Centre concluded with agreement took place in 2014 with 50.05 per cent and the highest in 2011 with 61.3 per cent. In 2018, the ratio was 50.7 per cent.