In a David versus Goliath-like case, Israel-based Maglula achieved something no other company has: a court ruling that its case against Amazon was a “straightforward counterfeit case.” That’s precisely how U.S. District Court Judge Liam O’Grady ruled in an order denying Amazon’s motion to try to end nearly all Maglula’s case against Amazon for the sale of counterfeit goods. After Amazon mounted a considerable defense of its business model, Judge O’Grady reviewed the evidence countering Amazon’s claims that aspects of the lawsuit should not go to a jury trial and he determined not only that the evidence showed “Chinese manufacturers did their best to create copies, or ‘knockoffs,’ of Maglula products, packaging, markings, and literature,” but also that “Amazon proceeded to sell these products online as genuine Maglula products.” Moreover, Judge O’Grady found from the evidence opposing Amazon’s motion that “Maglula notified Amazon on multiple occasions, to no avail, that it [Amazon] was selling counterfeit products of inferior quality and ruining Maglula’s business.” In the court’s short ruling, Judge O’Grady went on to find “the evidence of unlawful counterfeiting … is overwhelming,” and conclude “this is simply not a case where Amazon can avoid liability.” With that, the Court denied Amazon’s motion and ordered the parties to mediation. The parties subsequently entered into a settlement agreement, and Maglula dismissed it claims.

Along the way to this historical victory, Maglula earned orders from the court

Once Maglula’s products became popular, copycats followed. Amazon joined in—selling counterfeits to its customers who thought they were buying genuine UpLULA® products made in Israel. UpLULA® refers Maglula’s magazine loader, which is a device used to assist with the loading of rounds or bullets into pistol magazines. In many instances, the low-quality knockoffs sold and distributed by Amazon malfunctioned. Amazon’s customers communicated their dissatisfaction directly to Maglula and sent Maglula their defective products. Upon receiving them, Maglula learned they were cheap knockoffs.

Predictably, Amazon asserted that it should not be liable for the infringement of Maglula’s intellectual property or “IP” (which included patents, trademarks, and copyrights). Amazon’s theory, which it tried to rely on in the past, rested on its claim not to be the actual seller of the products it posts (advertises) on its website and distributes to its customers. Amazon claimed instead to provide only a service to others for them to sell their products on Amazon’s website. But this argument responded only to a claim that Amazon was the seller and not to the claim

that Amazon “offered for sale” infringing products—an infringement issue that had not yet been decided in a case challenging Amazon’s business model with three sales channels: direct retail sales by Amazon; “Fulfillment By Amazon” sales; and “Merchant Fulfillment Network” sales.

Moreover, Maglula’s evidence of sales by Amazon was overwhelming. Genuine Maglula products are distinguishable from counterfeits such that sellers like Amazon could easily identify and protect consumers from purchasing them. Maglula tried for years to work on these issues with Amazon, explaining to Amazon how to differentiate genuine products from counterfeit ones and imploring Amazon to employ stricter measures for identifying counterfeit products before selling and shipping them to unsuspecting customers. Maglula even included some of its trademarks on Amazon’s Brand Registry hoping it might stop the counterfeit sales. But Amazon did not stop offering, selling, and shipping counterfeits and knockoffs. In its complaint, Maglula even identified over 40 counterfeit products that Amazon sold and shipped to its customers. One “special find” by Maglula was Amazon’s sale through liquidation of a product shipped in an “amazon warehouse” bag that had an “X” and the word “COUNETRFEIT” written on it! And because a picture can be more effective, Maglula showed this in its complaint against Amazon. 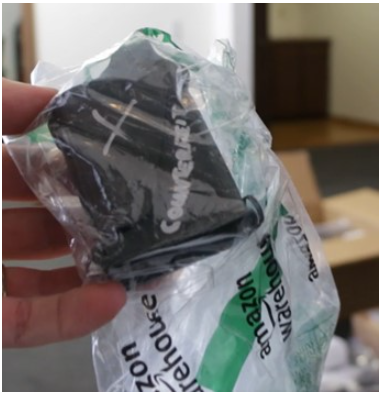 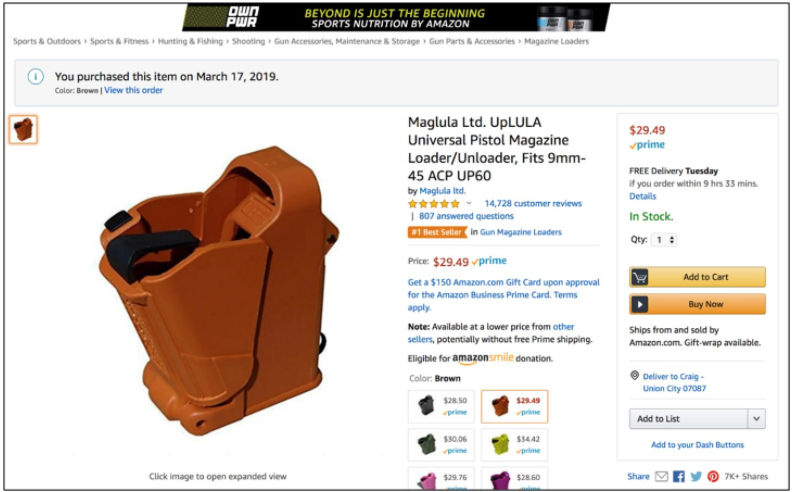 Despite the obvious differences between the small, Israel-based Maglula and the global giant Amazon, Maglula built a substantial case of counterfeit sales by using information and postings directly from Amazon’s website, which was more than enough for the court to reject Amazon’s efforts to block a jury trial. With the right evidence, persistence, and overall effort of experienced intellectual property lawyers, other “Davids” (like Maglula in this case) can achieve similar success in battles against powerful “Goliaths”.