On November 27, the FTC Commissioners testified on a range of issues before the Senate Subcommittee on Consumer Protection, Product Safety, Insurance, and Data Security. One excerpt that caught our attention was their comments on “Made in USA” advertising and the potential for increased scrutiny. 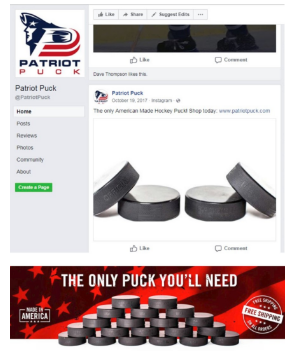 Here’s an excerpt of the Q&A between Sen. Shelly Moore Capito (R-WV) and the FTC Commissioners (emphasis added):

CAPITO: Okay, last question I have on fraudulent marketing would be the… fraudulent Made in America label. How prevalent is this? And what are some of the means you’re going to try to curb this practice?

SIMONS: This is fairly prevalent. We get hundreds of these, hundreds of complaints a year, that people are improperly using the Made in the USA label. We are committed to investigating those, and usually a lot of times what happens is the firm, the company doesn’t even realize that it’s a violation. So we explain to them it’s a violation and they stop it.

Sometimes companies do it intentionally, sometimes we tell them and they don’t stop and those people we sue. And one of the things that we’re exploring now, as a general rule, we have only gotten injunctive relief in cases like this previously. Now we’re exploring whether we can find a good case that would be appropriate for monetary relief to serve as an additional deterrent.

CHOPRA: I just want to add here that I think there are manufacturers out there who hire American workers and who purposely do that because they want to put the flag on their product. And for those who lie, this cheapens the Made in the USA label so it’s not just hurting American consumers, it’s hurting every American manufacturer who is trying to do right. So I want us to be much more aggressive with this, actually. And if you and Senator Cortez-Masto want to team up, finding civil penalties for some of these bad actors, we can make sure we increase compliance levels. And I got to tell you — right now there’s a country of origin labeling issues in agriculture, country of origin issues in product marketing. We have to do more to put a stop to this because this is extremely unfair to honest companies.

SLAUGHTER: I agree with everything my colleagues have said and I would add to Commissioner Chopra’s point about financial penalty authority is a well taken one. In order for us to assess monetary penalties, in order for us to get a monetary remedy right now, we would have to show a monetary harm and show a price premium and make that demonstration, that can be very difficult to do.

So we can’t just say you’ve broken the law, now pay the government money even if the ability to do so might deter some of this reprehensible behavior.

CHOPRA: We would like to reduce these, I would like to reduce the settlements that end in no money, no findings of fact no nothing. We just received a comment letter from a company who actually was denied the ability to sell their products to members of the military, because one of our respondents actually was violating this. So this is extremely unfair and we need to fix it.

CAPITO: All right. Thank you.

Putting these comments into context, as we’ve written about here, the FTC has consistently pursued deceptive “Made in USA” advertising over the last few years. However, most investigations resolve through closing letters in which the respondent company agrees to modify its advertising and the agency agrees to forego further enforcement. A small number of cases have resulted in settlements in which the company agrees to injunctive terms but, as noted in the testimony, no financial penalty.

Recently, the FTC announced three settlements that prompted scrutiny from the manufacturing community and from members of the Senate. The cases involved advertising for hockey pucks, backpacks and related outdoor equipment, and mattresses. Each respondent relied heavily on “Made in USA” claims in product marketing but all of them allegedly imported their products. The companies agreed to injunctive terms but were not required to pay a financial penalty pursuant to the settlements. Commissioner Chopra argued in a dissenting opinion that these settlements were too lenient and urged his colleagues to consider harsher measures going forward to deter similar conduct.

Shortly after these settlements were announced, Senators Brown (D-OH), Baldwin (D-WI), and Murphy (D-CT) wrote a letter to the FTC urging the agency to pursue more stringent violations of the rules regarding “Made in USA” advertising. Domestic manufacturers also spoke out in favor of more aggressive enforcement.

As highlighted above, Chairman Simons has now acknowledged that the agency is exploring whether there is a case that is ripe for monetary relief. With all of this context in mind, advertisers relying on “Made in USA” claims may want to reevaluate their substantiation to ensure that it complies with the FTC’s guidance on “Made in USA” claims.