Carriage of goods by sea in Germany 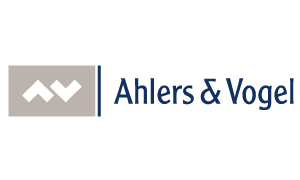 Is your jurisdiction party to any international conventions on the carriage of goods by sea? If so, does the relevant domestic implementing law contain any notable modifications (eg, extensions to the scope of application)?

The autonomous German Law of April 20 2013 still applies the Hague-Visby Rules’ basic liability rules, but with some important exceptions.

What is the official extent of the carrier’s responsibility for goods?

666.67 special drawing rights (SDR) per package or unit or 2 SDR per kilogram, whichever is higher.

May parties contract out of any legal provisions governing cargo liability?

Yes – parties may contract out of all of the legal provisions governing cargo liability, but only by individually negotiated stipulation and not (subject to some exceptions) by means of general terms and conditions.

What is the time bar for cargo claims?

One year from the date on which the cargo is or should have been delivered.

Definition of ‘carrier’ and ‘goods’

How are ‘carrier’ and ‘goods’ defined in respect of cargo claims? Is there any especially pertinent case law on this issue?

A ‘contractual carrier’ is the party obliged by contract to carry the goods by ship to their destination and deliver them to the consignee. ‘Goods’ are not specifically defined.

Under what circumstances may the carrier rely on the perils of the sea defence? What other defences are available to the carrier?

Carriers are not liable for damage to goods caused by circumstances which could not have been avoided by a prudent sea carrier exercising due care.

Moreover, the carrier may invoke:

Carriers may no longer invoke the exemption of the so-called ‘nautical fault’ of the master or crew; however, this exemption may be agreed by the parties to the contract or even inserted in a

bill of lading as a general condition of the carrier.

What legal protections and defences against cargo claims are available to agents of the carrier and other third parties (eg, Himalaya clauses)?

Servants of the carrier and crew members may invoke the exemptions and limits of liability granted to the carrier if they are addressed under tort law. Independent contractors do not enjoy this right, unless they act as performing carriers.

Under what circumstances is deviation from the agreed route allowed?

In general, no circumstances exist under which deviation from the agreed route is allowed. However, the carrier is not liable for damages caused by measures to save lives at sea or for salvage measures. No specific rule on deviation exists.

What claims can the carrier pursue in respect of the shipper’s failure to meet its obligations?

Provided it is at fault, the shipper is liable for damage caused to the carrier due to:

This liability is not limited by law, but can be limited by contract (even by means of general conditions).

How is multimodal carriage regulated in your jurisdiction?