The ATO has now provide the following guidance on the application of the Arm’s Length Debt Test (ALDT) in the thin capitalisation rules:

The submission dates for these documents has now closed and it is unlikely that there will be material changes to either document.

The PCG outlines specific categories of taxpayers which qualify for the green low risk zone, with all other taxpayers allocated to the moderate to high risk zone.

These risk categories are illustrated in the table below. It is expected that relatively few taxpayers will qualify for the green zone and the broad message from the ATO is that they consider most taxpayers seeking to rely on the ALDT as being moderate to high risk. 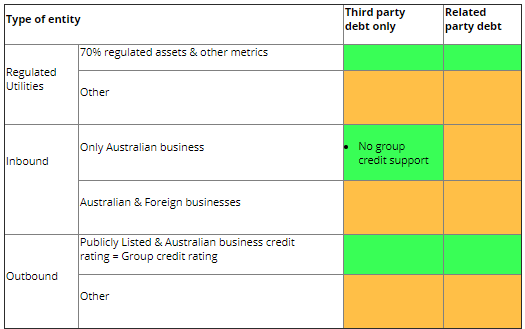 It can be seen from the table above that the green zones are very narrow. This is illustrated in the following comments in the PCG[1]:

“The ATO has found that there are limited circumstances in which an entity would gear in excess of 60% of its net assets.”

Guidance on application of ALDT

The PCG considers each of the factual assumptions under the ALDT and provides the following guidance: 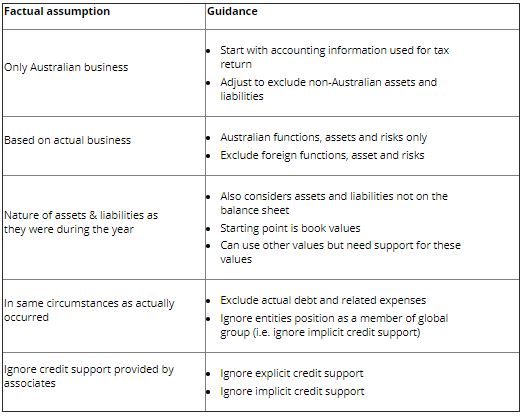 The PCG also considers each of the relevant quantitative relevant factors required to be considered under the ALDT.

Each of the quantitative factor should be assessed from both the borrower and lenders perspective and a weight attached to each factor. This is summarised below: 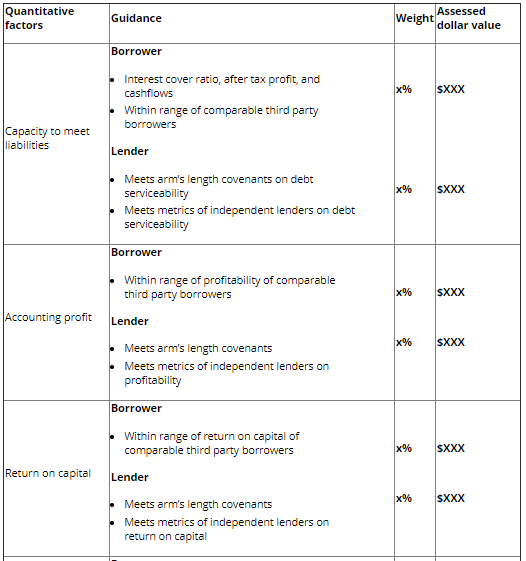 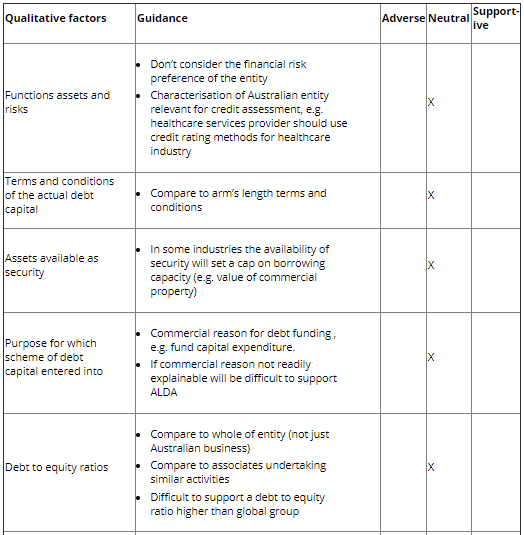 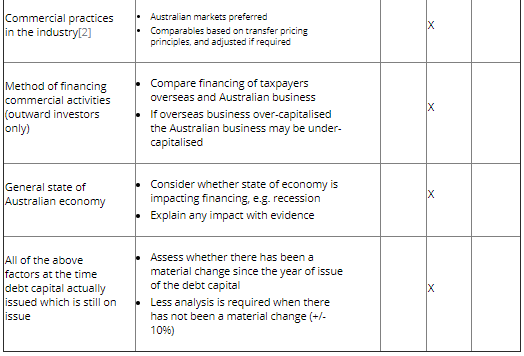