The importance of due diligence in IP: Lessons from Volkswagen, Apple, Inc. and Clorox Company

IP often receives little or no attention among the extensive and time sensitive legal, financial and business aspects of corporate transactions. More often than not, IP experts are provided with a list of trade marks, patents and designs at the last minute and are asked to determine if there are any IP issues that cannot be resolved or that significantly reduce the value of the IP. This can be an extremely costly mistake, as illustrated by the well-known brands Volkswagen, Apple and Clorox Company.

What is IP due diligence?

IP due diligence is a review of the IP owned and used by an organisation, in order to appraise value and IP-related risks. It is usually triggered by corporate transactions, such as:

The costly mistakes of Volkswagen, Clorox Company and Apple, Inc. 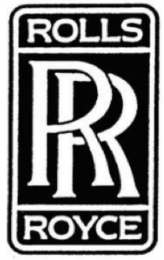 It is also essential to confirm that there are no limitations on use of IP rights which will impact the purchaser’s intentions for the asset or the business. In the 1990s, the Clorox Company purchased the PINESOL trade marks from American Cyanamid, which it intended to use in relation to a wide range of cleaning products. However, the trade marks were purchased subject to a trade mark settlement agreement entered into some 30 years earlier with the owner of the LYSOL trade mark. The agreement restricted the type of cleaning products that could be sold. Clorox subsequently brought antitrust litigation in the United States aimed at voiding the terms of the settlement agreement, and lost that action at great cost. Clorox could continue the existing business, but could not expand in the way it had anticipated, and the value of the acquisition was diminished significantly.

Where a transaction involves cross-border issues, IP due diligence must be conducted with particular care and expertise, as IP laws differ from country to country. Apple, Inc. learned this in 2012 after it thought that it had purchased the iPad trade mark from Proview, a Chinese monitor manufacturer. Proview claimed that the division of Proview that Apple had dealt with did not have the rights to assign trade marks in China and the purported assignment was invalid. The Chinese court found in Proview’s favour and issued an injunction forcing resellers in China to remove iPads from their stores. Apple ultimately settled with Proview for USD60 million.

Process of IP due diligence

The IP due diligence process itself takes into account things such as whether the IP is driving the deal, the business’ plans for the IP in the future, the objectives of the parties, and the value of the deal. Depending on the agreed scope, the investigations may look at a combination of the following:

It’s important to note that an organisation does not need to wait for a trigger event before conducting IP due diligence. Due diligence can form part of a broader IP audit process to firm up IP assets and to develop an efficient IP management process. IP-savvy organisations conduct regular audits without the stress of time sensitive transactions, to ensure any defects or gaps can be filled, assets are being used to their best potential to build value and revenue, and the organisation is best placed when transactions do arise.