Trade dress, which includes the total look of a product (size, shape, color) is registrable as a trademark if, like a trademark, it identifies the source of a product. Thanks to a recent decision, In re Forney Industries Inc., Appeal No. 2019-1073, by the US Federal Circuit Court of Appeals (Federal Circuit), it may now be easier for businesses to obtain federal trademark registration for some color-based product packaging trade dress.

In Forney Industries, the Federal Circuit held that: 1) multicolor marks can be inherently distinctive and thus may not require evidence of acquired distinctiveness to be registered; and 2) multicolor marks need not be used within a well-defined shape or border in order to be eligible for trademark protection.

Forney sought protection for a proposed mark, a particular combination of colors arranged in a particular design, displayed in its packaging for accessories and tools for welding and machining: 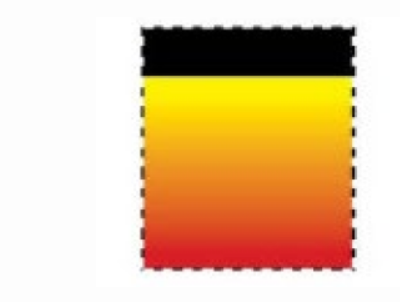 Forney identified the mark as a “color mark” in its trademark application, identified the colors used in the mark (black, yellow, and red), and sought to register the mark without showing acquired distinctiveness.

The examiner twice rejected Forney’s mark, finding it was not inherently distinctive and that Forney provided no evidence of use. The Trademark Trial and Appeal Board (TTAB) affirmed the examiner’s rejection, relying on Supreme Court decisions in Qualitex Co. v. Jacobson Prod. Co., 514 U.S. 159 (1995) and Wal-Mart Stores, Inc. v. Samara Bros., 529 U.S. 205 (2000) to hold that a particular color on a product or its packaging can never be inherently distinctive and may only be registered on a showing of acquired distinctiveness. Further, the TTAB found that a color mark consisting of color applied to product packaging cannot be inherently distinctive absent an association with a well-defined peripheral shape or border.

Forney appealed, and the Federal Circuit vacated and remanded the TTAB decision, holding that “color marks can be inherently distinctive when used on product packaging, depending upon the character of the color design.” While color may usually be perceived as ornamentation, “a distinct color-based product packaging mark can indicate the source of the goods to a consumer” and thus be inherently distinctive.

First, the Federal Circuit addressed several Supreme Court trade dress cases it found relevant to whether a color mark on packaging can be inherently distinctive:

With these cases in mind, the Federal Circuit found the TTAB erred in concluding that Forney’s proposed multicolored product packaging mark is not capable of being inherently distinctive. Rather, Forney’s mark falls firmly within the category of marks that the Supreme Court described as potential source identifiers, like the mark in Two Pesos, because Forney’s mark could be perceived by consumers to suggest the source of the goods in its packaging.

Second, the Federal Circuit held that the TTAB’s conclusion that a color mark cannot be inherently distinctive in the absence of an association with a well-defined peripheral shape or border is not supported by any case law. Instead, the TTAB should have considered whether Forney’s mark makes such a strong impression on consumers that they will assume the trade dress is associated with a particular source, as outlined in Seabrook Foods, Inc. v. Bar-Well Foods Ltd., 568 F.2d 1342 (C.C.P.A. 1977).

While the case is headed back to the TTAB for a decision on whether Forney’s trade dress is sufficiently indicative of the source of the goods contained in its packaging, this Federal Circuit decision should make it easier to protect packaging with multicolor marks, including those that have not yet been used in the market.