A number of provisions of the Environmental Protection Amendment Act 2020 (WA) (EP Amendment Act) came into operation on 3 February 2021, following proclamation in the Western Australian Government Gazette on 2 February 2021. These newly operative provisions mark the beginning of reform to the Environmental Protection Act 1986 (WA) (EP Act) we foreshadowed last year. Our earlier summary is available here. This first wave of changes to the EP Act are largely administrative in nature, while also dealing with investigation and enforcement, and set the scene for the more substantive reform of the EP Amendment Act. We briefly touch on some noteworthy changes below.

Provisions of the EP Amendment Act in operation 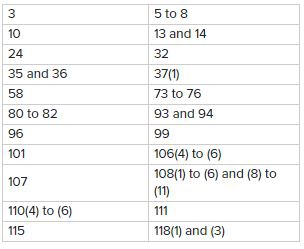 These provisions amend the EP Act and make a handful of consequential amendments to certain other related legislation. The Environmental Protection Amendment Act (No. 2) 2020 (WA) section 4 has also come into operation.

New transitional provisions have been introduced in Part IX Division 4 of the EP Act. These provisions foreshadow more substantive amendments to the EP Act, which as yet are not in operation. Relevantly, the transitional provisions accommodate referred proposals that may be pending when changes to application and approval processes come into operation. For example, the new section 133M of the EP Act provides that if a referred proposal (e.g. section 45C Ministerial approvals) is pending when the amending Act comes into effect it will be assessed under the Act as in force at the time of referral.

Some key changes to the EP Act regarding investigation, enforcement and evidence are as follows:

EPA processes, composition and procedure are the subject of a number of the recently amended provisions of the EP Act. Likewise, a number of the provisions of the EP Amendment Act that were recently proclaimed are concerned with streamlining procedures for environmental protection policy development. The changes in this category do not depart substantially from the former version of the EP Act, with the more substantive changes to Part IV in the EP Amendment Act still to come.

We will continue to follow Government’s implementation of these changes, and anticipate the more substantive reforms to the EP Act, together with new regulations, will follow over the next few years.