Katherine Von Drachenberg, (Von D) is a tattoo artist who rose to fame as a celebrity tattoo artist through appearances on the reality television series Miami Ink and LA Ink. In March 2017, Von D published two Instagram posts of a tattoo based photograph of jazz legend Miles Davis, holding a finger to his lips for a lighting technician and her friend named Blake Farmer, (who had worked with Von D on a film project.) Von D used the photograph, which was provided by Farmer, for reference. 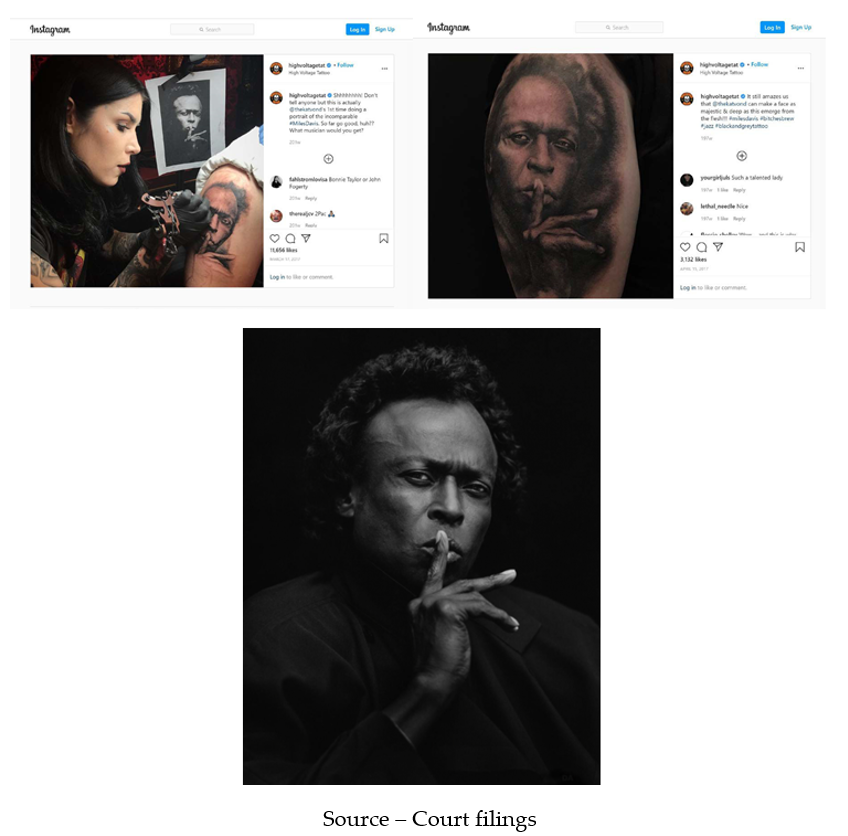 The photo was captured by photographer Jeffrey B. Sedlik (Sedlik) in 1989, which had originally appeared on the cover of Jazziz magazine, and featured in Life magazine’s annual “Pictures of the Year” issue.

In 2021, Sedlik sued Von D, claiming that the tattoo was an unauthorized derivative work, and that its creation as well as upload on social media itself was an infringement of his copyright. Sedlik contended that Von D had received and enjoyed indirect economic benefit in the form of advertising, promotion, and goodwill. Hence, Sedlik filed the suit seeking not just profits and damages related to sharing the photo of the tattoo in question from Von D but also removal all photos of the tattoo from Von D’s website and social media accounts. Sedlik further contended that he had previously licensed the portrait for use in a tattoo design however; Von D had misappropriated the portrait without any prior authorisation.

Sedlik further claimed that, it was a common practice amongst photographers to license their copyrights to fellow artists for creating derivatives. However, when an artist creates a fresh work based upon a copyright without any authorization, the artist robbed the photographer of the license fee which would be normally applicable in case of an ‘artistic reference’.

Against this, Von D countered by stating that her version was transformative of the original image since she created the tattoo freehand, and added the appearance of the movement by adding and shading waves of smoke around the perimeter of Miles Davis’s hair and hand; thereby having created a sentiment of melancholy by eliminating the stark, black background which dominated the photograph.

After considering and reviewing the legal filings placed on record by both parties, the U.S. District Judge Dale S. Fischer observed that, a triable issue was raised as to whether there exists a market for future use of the portrait in tattoos and cited the ruling in Rentmeester v. Nike, 2017 in which it was ruled that an advertisement by the sneaker company featuring basketball legend, Michael Jordan did not infringe a similar photo of the basketball star. 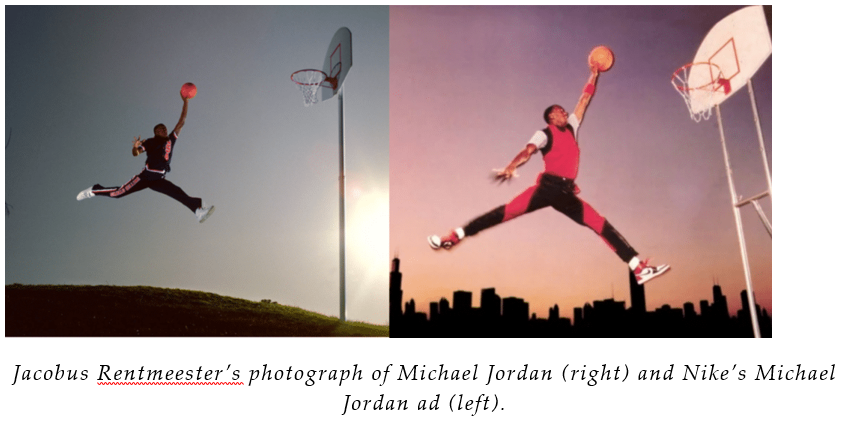 Since the Court decided to bring the matter to trial, a jury will now have to contemplate and decide “whether or not Von D’s tattoo falls under the doctrine of fair use, as well as whether such use of Sedlik’s image has denied the photographer a licensing opportunity.

As to the issue of whether tattoo artists have to obtain a license for reproducing their art has been a subject of legal struggle since a considerable span. In 2020, a U.S. Federal Court had ruled in favour of a video game development company which had produced a game featuring NBA players with tattoos, finding that the players had the right to use the body art as part of their likeness.

In case of an infringement ruled by the Court, would result the public display of the tattooed arm an act of infringement however, regardless of the outcome, the recipient of the tattoo will be unlikely required to remove the artwork from his body.

Holding tattoo artists liable for copyright infringement would also expose the clients of such artists to a similar civil liability anytime they choose to get tattoos based on copyrighted source material, display their tattoos in public, or share social media posts of the same.

The ramifications of the ruling in the instant suit would be fascinating.