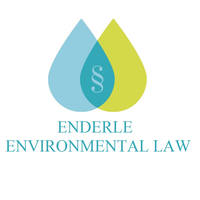 Alternatively, renewable energy installation operators can also market the power directly. In that case, the difference between the price obtained at the exchange and the feed-in remuneration is compensated by a market bonus (‘market bonus scheme’). The distribution system operator pays the market bonus to the plant operator.

Describe, in general terms, any regulation of wind energy.

In 2018, wind energy made the largest contribution to electricity generation from renewable energy sources (111.6TWh), compared to 46.5TWh in 2011. Germany ranks third worldwide regarding installed onshore capacity, behind China and the United States. In 2011, the output was still 46.5TWh. In 2017, almost 2,000 offshore wind turbines were installed off the German coast in 20 offshore wind farms with a combined capacity of approximately 5,387MW.

The approval procedure for wind parks depends on the quantity of the planned installations. Less than 20 plants can be permitted in a simplified procedure under the Emissions Control Act without public participation. In that case, only an abbreviated environmental impact assessment is to be performed. In the case of public participation, typical objections against wind parks are nature protection issues. Often the collision risk of protected birds (such as the red kite) are issues as well as wind parks establishing an obstacle to the flight routes of many birds.

Describe, in general terms, any regulation of solar energy.

In 2018, electricity generated from photovoltaic (PV) installations benefited from record results of sunshine hours and solar radiation, rising to 46.2TWh. The total number of new photovoltaic installations has been steadily increasing for many years. The share of PV in the final elec-tricity consumption was 7.1 per cent in 2018, while in 2011 it was still 3.2 per cent.

In general, it is not necessary to obtain planning permission for a PV plant, as long as they are built on roofs or fronts. Open area photovoltaic installations require building permits under the Construction Acts of each federal state. In the state of Hessen, for example, a permit is required for photovoltaic plants exceeding 10m2.

Both small and large solar systems are supported by the market incentive programme of the Federal Ministry for Economic Affairs and Energy. Homeowners who switch to a heating system using solar power or optimise their heating system receive governmental subsidies (€2,000-4,500). Also, companies that set up renewable energy systems with a rated power greater than or equal to 100kW may obtain federal subsidies. Electricity generated from photovoltaic installations is remunerated under the Renewable Energies Act and depends on the award values from two years ago (currently it is 8,91ct/kWh).

Describe, in general terms, any regulation of hydropower, geothermal, wave or tidal energy.

In Germany, hydropower is less important than, for example, in Austria or Switzerland. Owing to a long period of drought in 2018, electricity generation from hydropower was with 16.5TWh at the lowest level since 1991. The share of hydropower in total electricity consumption fell below 3 per cent.

Approvals for hydroelectric power generation are governed by the water laws and regularly limited in time. Environmental issues have become the biggest restrictions for the use of hydropower.

With a total of 0.172TWh, geothermal energy increased by 5.5 per cent in 2018 for heating purposes and for generation of electricity from hot waters. The share of geothermal, however, remains marginal in the final electricity consumption in Germany. Owing to damages caused by geothermal drillings in Southern Germany the public is rather reluctant to accept deep drillings.

Deep drillings for geothermal purposes and the later operations require permits under the mining and water laws. Energy from geothermal plants is remunerated with 25.20ct/kWh. Further support is provided by the market incentive programme, which subsidises the replacement of old with new heating systems generating heat from renewable energies.

Tidal energy plays a subordinate role in Germany due to shallow waters and weak currents in the North and Baltic Seas. Germany, however, is involved in the international research project ‘Seaflow’ together with the UK, which is geared at developing (export) technologies adapted to marine conditions. Researchers are using tidal currents off the coast of Cornwall to generate electricity.

Describe, in general terms, any regulation of production of energy based on waste.

Waste-to-energy is the thermal recovery of waste, which is, in a closed cycle economy, the option preferred to landfilling or simple incineration. Often, heat and power are coupled. As a result, the energy performance of waste-to-energy plants can be over 80 per cent. One tonne of waste generates about 600kW of electricity. Further, the waste volume is also reduced to 10 per cent (slag, fused metals, which can be reused). Waste-to-energy is currently applied in 18 plants in Germany and neighbouring countries. It generated electricity for around 700,000 households in 2017 (approximately 3.5 millionMWh of process steam and district heating). Currently, waste-to-energy plants are a bottleneck for the huge waste quantities available in the market. As a result, there has been a drastic increase in price.

Waste-to-energy installations require a permit under the Emissions Control Act with prior public participation. They are, thus, typically subject to resistance by neighbours, environmental NGOs and competing industrial players. There are no specific subsidies or incentive schemes.

In 2018, sales of biofuels increased by almost 5 per cent to a total of 31.6TWh and making up a share of biofuels in renewable energies of 7 per cent.

Carbon capture and storage (CCS) is generally seen as a promising technology to combat climate change. CO2 could be captured in industrial pre- or post-combustion or oxyfuel processes and stored in depths exceeding 1,000 metres below the surface. According to experts, CCS could contribute to a 14 per cent reduction of CO2 by 2050. Nonetheless, CCS is far from reaching its full potential. Germany enacted a law on the testing and demonstration of CCS technology in 2012; yet, comparable to deep geothermics or fracking, CCS encounters broad public resistance in view of the long-term storage. For large combustion or gas turbine plants generating electricity (greater than 300MW) the possibility of CCS must be tested by law.

Some CCS projects in Northern Germany have been either stopped or abandoned while CCS is currently tested on a pilot scale in a few coal-fired power plants.