The U.S. Small Business Administration (SBA) recently issued an interim final rule “adjusting the monetary-based industry size standards (i.e., receipts- and assets-based) for inflation that has occurred since the last adjustment in 2014.”

According to the SBA, “[a] number of businesses may have lost small business eligibility for Federal assistance under SBA’s monetary-based industry size standards simply because of inflation-led revenue growth that has occurred since the 2014 adjustment.” This interim final rule—which will take effect on August 19, 2019—“aims to reinstate those firms’ small business eligibility for Federal assistance.” 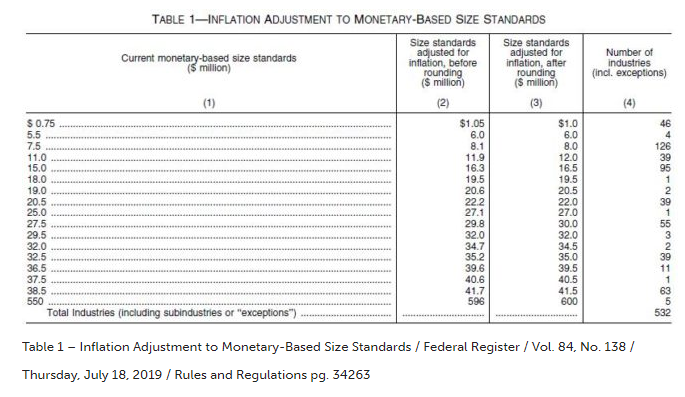 Notably, the adjustment for inflation “applies to all monetary-based industry size standards, including the $750,000 receipts-based size standard for agricultural industries, which was previously set by statute.”

While the interim final rule will take effect on August 19, 2019, the SBA has stated that it will accept comments on the rule until September 16, 2019.