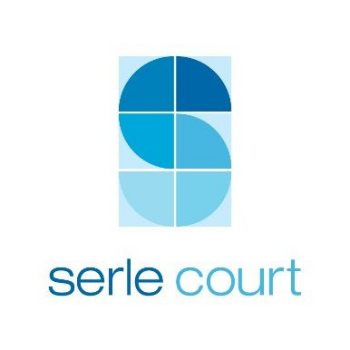 Beverly-Ann Rogers and Matthew Morrison (assisted by George Vare as his then-pupil) were instructed by Advocate (formerly the Bar Pro Bono Unit) in relation to a Stack v Dowden type dispute which was listed for a 4-day trial in the Reading County Court in November 2020. They were able to settle the dispute on favourable terms which included the payment of costs to the Access to Justice Foundation.

Their client (the Claimant) was one of two sons who were together claiming a 50% beneficial interest in a property owned by their father, who died intestate in 2009. The Property had been registered in the names of the Deceased and his former partner (the Defendant) as tenants in common.

The Defendant’s version of events, however, was hotly disputed by the Claimant and, on the Claimant’s case, allegedly ran contrary to (i) the Defendant’s own case in a previous High Court trial, and (ii) the vivid picture presented by the Deceased in a string of day-by-day diary entries written across a twenty-year period which allowed him to speak ‘from beyond the grave’.

The existence of the Deceased’s diaries made this case somewhat unique, as they meticulously recorded the minutiae of the Deceased’s life, including what time he woke up, what time he came home from work, and even what he ate for each meal (!). These entries offered a window into the life of the Deceased, and importantly his financial contributions to the property and the household. Beverly-Ann Rogers set in train the forensic examination of these diaries, a task which George Vare completed in his first few weeks of pupillage.

Trial was set for the middle of November 2020, but a lastminute settlement was reached with the Defendant in which she agreed to a sale of the Property split 50/50 between her and the two sons. Though the Claimant could never be truly recompensed for the delay since his father’s death and the stress and strain which over two years of litigation had placed on him, Matthew Morrison was able to negotiate a ‘litigants in person costs order’ under CPR 46.5 and paragraphs 3.1 to 3.4 of Practice Direction 46, so that he could at least receive some payment for the time he had incurred in preparing his case. Advisors should always be aware of the ability of litigants in person to claim for such fees, and they should be sure to remind their clients to retain an accurate and evidenced record of their expenses and time spent.

The Consent Order also included a pro bono costs order. A party cannot pursue litigation against another represented pro bono and think that they will not suffer adverse costs consequences should they lose – a pro bono costs order is an essential tool which ensures that the litigation risks are the same for all parties. Those acting pro bono should, again, be aware of the Court’s powers to make such orders.

This case fortunately had a happy ending for our client, who described the Consent Order as a “life changing event.”

It is a welcome example of the difference we can make to those facing difficult and stressful situations without the means or ability to negotiate the court process themselves.