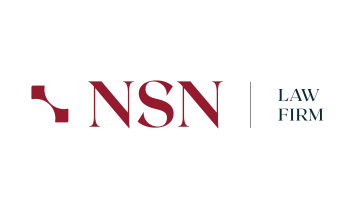 The Regulation on the Procedures and Principles of Usage of Biocidal Products (“Regulation”) has been renewed by the Ministry of Health (“MoH”) and the latest version of the Regulation has been published on 04.07.2019 in the Official Gazette.

The Regulation repeals the former, identically-named regulation which has been in force as of its publication date in the Official Gazette which is 27.01.2005. The former regulation has been amended a few times over the years; yet this time the MoH has published a new regulation by abrogating the former version instead of amending it due to certain fundamental changes. As a result, the new Regulation is quite ordered and simple compared to the former version.

The essential changes provided by the new Regulation are presented herein below:

The number of the legislations providing regulations with respect to the responsibilities of the MoH has been significantly increased and the legal basis of the former regulation had been changed multiple times until 2019 due to the new legislations entered into force throughout the years.

The former regulation was based on the Statutory Decree on the Constitution and Duties of the Ministry of Health and the Affiliates numbered 663 and dated 11.10.2011 by the time the new Regulation is published. The legal basis of the new Regulation is now the Articles 361/1-d and 508 of the Presidential Decree on the Constitution of the Presidency numbered 1 and dated 10.07.2018.

The similar situation applies to the authority responsible of enforcing the regulation as well. As the changes made regarding the legal basis of the former Regulation, the responsible authority had also been changed multiple times.

The authorities hold responsible by the Regulations were quite different organizations encompassed by various rules and principles, despite all being affiliated to the MoH. Before, the former Regulation was being enforced by the Public Health Agency which is a legal person that is affiliated to the MoH. Currently, the new Regulation is to be enforced by General Directorate of Public Health (“Directorate”) which is also embodied under the MoH.

The new Regulation also provides provisions regarding the information of the biocidal product implementation workplaces and every biocidal product usage shall be logged into the electronic system which is designated by the Directorate.

Main responsibilities of the responsible manager is not changed, but harmonised in accordance with the Regulation.

The obligation of the responsible manager to educate the team members regarding the biocidal product usage is abrogated as the education provided by the MoH is considered as sufficient.

Within the former regulation, the workplaces were deemed not to have flame heating or electric heating system. The new Regulation does not provide any suchlike provision, however it is indicated that the temperature in the room or the depot which the chemicals are stored must be 25±20 C.

The new Regulation also provides new units which are required to be found in the workplace:

Moreover, the biocidal product usage against insect pests must be priorly announced to the public to make them able to take necessary precautions.

The conditions of the nullification of biocidal product usage permit is detailed within the new Regulation and there has been a few minor changes.

Within the old regulation, the sanction for the below listed acts of the responsible manager and/or the team manager were provided as nullification of their permit:

However the new Regulation lowers the degree of the sanctions and considers such acts as reasons for a written warning. Owner of the business also would be warned for above-mentioned acts.

In the event that the breach caused by responsible manager and/or the equip manager arises from the resource deficiency in the workplace, only the business owner will be warned.

Responsible manager and/or the equip manager will be warned if they violate or neglect the provisions of the Regulation.

Within the old regulation, applying the warning to the business owner or the responsible manager or the equip manager twice in a year was sufficient for the nullification of the permit; however the new Regulation has provided that the permit will be nullified if the mentioned persons receive awarneing3 times in a year.