Whether certain implied representations as to the clinical efficacy of deodorant products amounted to misleading or deceptive conduct for the purposes of the Australian Consumer Law (ACL) was examined by the Federal Court of Australia in its recent decision in Unilever Australia Ltd v Beiersdorf Australia Ltd [2018] FCA 2076.

The dispute centred on the effectiveness of “clinical” grade antiperspirant deodorants targeted, not surprisingly, at people who sweat more than others.

Justice Wigney was asked to consider whether laboratory testing alone was sufficient to prove that products described as having “clinical” grade antiperspirant properties were in fact “similar” or “superior” to other similarly marketed products in the mind of the “ordinary reasonable consumer”.

The evidence demonstrated that the Australian market for such “clinical” grade antiperspirant products consists of: 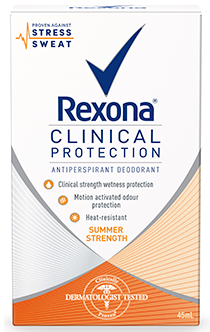 However, it was argued by Unilever that in using the word “clinical” in the Nivea product name, Beiersdorf made representations that were false, misleading or deceptive, or likely to mislead or deceive.

What were the alleged representations?

Unilever submitted that there is an established “clinical” subcategory of antiperspirant deodorants that is generally characterised by the use of the word “clinical”, packaging in a box with a leaflet, and a significantly higher price compared to that of non-clinical products. Unilever contended that Beiersdorf deliberately launched the Nivea Clinical Products with these particular characteristics to imply to the “ordinary reasonable consumer” that the products have similar antiperspirant efficacy or protection properties when compared to the existing Other Clinical Products, and also possessed greater antiperspirant efficacy or protection than all other non-clinical antiperspirant deodorants.

Justice Wigney found that while Beiersdorf had “adopted the cues” of a “clinical” subcategory of antiperspirant deodorants, it did not convey any of the Similarity Representations or Superiority Representations – rather, His Honour considered that Beiersdorf conveyed that the Nivea Clinical Products were highly efficacious with strong protection against sweat and odour.

If made, were those representations false?

Ultimately, the Court found on the balance of probabilities that the Similarity Representations, if made, were not false. On the other hand, the Court held that at least one of the Superiority Representations were false, given the results of the laboratory testing indicating that the Nivea Clinical Products were not necessarily of greater antiperspirant efficacy or protection than Rexona non-clinical antiperspirant deodorant products.

What about the Stress Sweat Representations?

However, the Court held that Beiersdorf had provided evidence that established reasonable grounds to make the Stress Sweat Representation in so far as they were representations as to future matters. This was based on the premise that the scientific testing submitted by Beiersdorf confirmed the product had high efficacy against stress sweat, which did not involve any comparison between the perspiration efficacy of the Nivea Clinical Product and the Other Clinical Products.

Lessons on how to stay dry in the future

Interestingly, the case also suggests that consumer perception has the potential to carry more weight than scientific evidence when considering the effect of representations of this kind.