Benelux design law is governed by the Benelux Convention on Intellectual Property, the current version of which entered into force on October 1 2013. The convention replaced the Benelux Design Law 1975, which was the first law providing uniform design protection in multiple EU member states and was heralded as such in the preamble of the EU Community Design Regulation.

The Community Design Regulation (December 12 2001, as amended by EU Regulation 1891/2006) is the second important piece of legislation for design law in the Benelux countries.

As both the convention and the Community Design Regulation are necessarily in line with the EU Design Directive (98/71 EC), they are similar in their material aspects and provide similar rights. Since the introduction of the registered Community design, many applicants have therefore elected to file for a Community design as opposed to a Benelux design registration covering only Belgium, the Netherlands and Luxembourg.

Finally, the EU IP Enforcement Directive (2004/48/EC), which provides specific remedies for IP rights infringement, has been implemented in the national laws of the Benelux countries.

The Benelux Convention on Intellectual Property does not provide for protection of unregistered designs. However, the EU Design Regulation does, which means that all operators in Benelux can benefit from three years of unregistered design protection. In order to qualify for such protection, the relevant design must have become known to the EU public. Any prior publication outside the European Union may destroy the design’s novelty, provided that such publication could reasonably have become known to the relevant circles within the European Union. For foreign applicants, this is generally a motivating factor in filing for registered design protection, the costs of which are fairly low.

Copyright law, unfair competition and even trademark protection may also come into play when it comes to the protection of the appearance of products and their parts.

The legal definition of a ‘design’ in Benelux is quite broad. A design can consist of the appearance of a product or part of a product, defined by its lines, contours, colours, shape, texture or materials, or of its ornamentation.

In order to be protectable, the design must be novel and have individual character. Novelty is relatively easy to assess: a design is regarded as novel if, on the filing or priority date, no identical design has been disclosed to the public. Designs are regarded as identical when their characteristics differ only in insignificant details. There is a 12-month grace period, meaning that novelty is not destroyed if the design was disclosed by its creator in the 12 months preceding the application. Nevertheless, it is strongly recommended to file for design protection before publication, especially if the applicant is also contemplating applying for design protection abroad.

A design is regarded as having individual character if the overall impression which it produces on the informed user differs from that produced by existing designs. In assessing this, the creator’s degree of freedom must be taken into account. If the designer has little freedom (eg, because the design is strongly dictated by technical requirements), the scope of protection will be limited.

There are two important exceptions to what can be protected as a design. The following are ineligible for design registration:

The convention stipulates that a design applied to a product or a design incorporated into a product which constitutes part of a complex product (ie, a spare part) is regarded as novel and having individual character only insofar as that part – once incorporated into the complex product – remains visible during normal use of the product. In other words, products or parts that are found under the bonnet of a car or inside a machine are not usually visible during normal operation of the machine and thus ineligible for design protection.

With regard to printer cartridges, in 2016 Samsung Electronics Co Ltd successfully argued that these should not be considered as spare parts. The court in The Hague ruled that even though a printer is indeed to be regarded as a complex product, even without a cartridge it would still be seen as a complete product, meaning that the visibility of the cartridge during normal use is not required. This led to the conclusion that a cartridge should not be considered a spare part and therefore should not be excluded from design protection. On this basis, the court also ruled that the defendant Maxperian cs had infringed Samsung’s design rights to the cartridge and Maxperian was accordingly ordered to cease use.

As mentioned above, products that must be reproduced in an exact form and connected to another product so that either product may perform its function are also ineligible for design protection

As a rule, anyone can apply for Benelux (and EU) design protection. Representation by a representative established in the European Union is required when an office action is issued.

The Benelux Office for Intellectual Property (BOIP) maintains the Benelux Design Register. The BOIP provides a useful search tool, which can be accessed here. The BOIP does not carry out an examination on relative grounds. Objections can be made only if a design is considered to be contrary to public order or morality, which (the Netherlands being quite liberal) is rarely the case.

The same applies to the procedure for registered Community design applications handled by the EU Intellectual Property Office (EUIPO). If the formalities are in order, a Community design registration can be obtained in as little as 48 hours. However, if so desired, publication of the Community design can be deferred until 30 months after the application date or earlier priority date. This is considered to be a useful feature of the EU design system by companies that are active in, for example, the furniture and automotive industries.

For Benelux designs, publication can be deferred for up to 12 months.

Electronic filing is available in Benelux as well as with the EUIPO, and is strongly promoted.

Cancellation of a Benelux design registration can be obtained only through the courts.

The rights holder can take legal action against the sale or manufacture of any design that infringes its design, in the sense that it creates a similar overall impression on the informed user.

Legal action must be taken through the court, as the BOIP has no authority over infringement of design rights.

Aside from an injunction, the most important available remedies are penalties and damages claims. The Benelux Convention on Intellectual Property also provides for the possibility to request a transfer of the profits made as a result of the infringement. In addition, the rights holder can request the recall or destruction of the infringing goods and the equipment used to produce them.

Generally speaking, three different courses of action are available to the rights holder:

The Netherlands is a popular litigation venue because of its overall lower costs, highly knowledgeable and internationally orientated courts and typically swift proceedings. 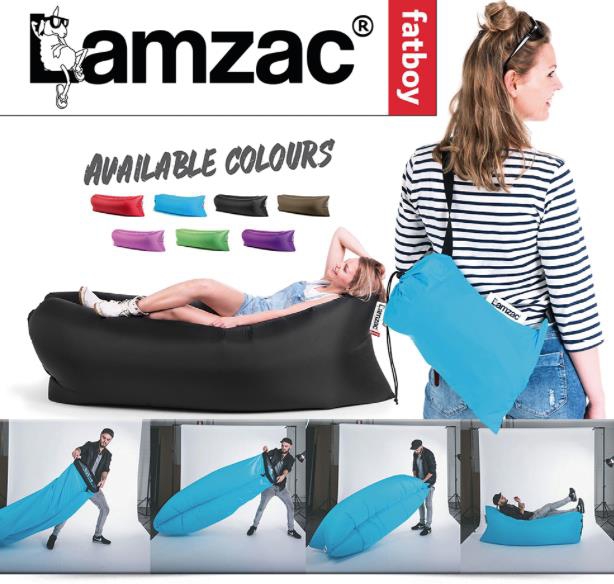 The past year has seen several interesting design law cases. One of these was a follow-up to a case that made headlines in Summer 2016. In that case, Fatboy, which owned the LAMZAC inflatable lounge chair, successfully acted against Massive Air and its similar KAISR chair. At first instance and on appeal, the court ruled that Fatboy’s design rights were valid and that the KAISR chair had infringed these rights.

In 2017 Fatboy continued to score courtroom victories, maintaining its monopoly on the inflatable lounge chair in actions against various parties in the Netherlands and Belgium. In summary proceedings between Fatboy and Dutch retailer Makro (part of the Metro Group) relating to its LOUNG’AIR XL inflatable lounge chair, a Brussels court ruled that the EU registered design rights of Fatboy, despite being under attack, were valid. In its judgment, the court referred to the 2016 cases in the Netherlands and Germany regarding the validity of the same design, in which the novelty, individual character and technical features were discussed in depth. The Brussels court ruled that the EU design rights of Fatboy appeared to be valid and the Makro product infringed these rights. Makro was accordingly ordered to cease use throughout the European Union.

In the same week, Fatboy also successfully stopped the use of a similar product in the Netherlands. Dutch retail organisation Blokker and one of its subsidiaries sold a similar inflatable product. The court in The Hague ruled in ex parte proceedings (again) that the design rights appeared to be valid and the Blokker product infringed these rights. Blokker and its related companies were ordered to remove the product from their websites and online leaflets within four hours. 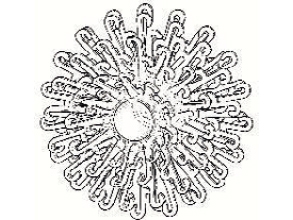 Another interesting case this year dealt with toys. Canadian toy manufacturer Spin Master Inc had developed a product called ‘Bunchems’: small plastic balls that easily stick together to create various shapes. Spin Master registered the product as a Community design. It successfully acted against copycats in the Netherlands, Germany, Poland and China (among other places). In the Netherlands and Germany, it took action against Dutch company High5, which sold a similar product called ‘Linkeez’. In summary proceedings the court in Amsterdam ruled that Spin Master’s registered Community design was valid, did not lack novelty or individual character and was not solely dictated by a technical function. Moreover, given the same overall impression and degree of freedom of the creator, the Linkeez product infringed the Bunchems toys and High5 was ordered to cease use of the product and accessories. The parties reached a global settlement shortly thereafter. 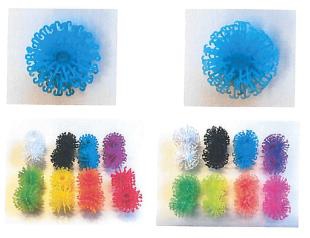 Historically, the Dutch and Belgian copyright laws have provided useful added protection for designs and the scope of protection under both laws is by no means limited to artistic works. The Dutch Copyright Act in particular is considered to have a very low threshold of protection.

Another layer of protection is added by the various national laws against unfair competition. In the Netherlands, for example, slavish imitation may be considered a form of tort. However, as a rule, a claim of unfair competition will require additional circumstances and slavish imitation is therefore commonly claimed only in conjunction with a claim of infringement of other IP rights.

Finally, in Benelux a design may also be eligible for trademark protection. However, in recent years the courts and the BOIP, following European Court of Justice guidance, have become increasingly reluctant to allow protection of three-dimensional marks. It is generally recommended to obtain registered design protection if a design is still novel (ie, if it has not been made available to the public in the European Union more than 12 months before the application for registration).

Michiel Haegens joined Signify as a partner in 2016 after heading an international IP firm’s trademarks and designs department for years. He is a certified European and Benelux trademark and design attorney and immediate past president of the BMM, of which he is an acting board member. He is also active in a number of national and international (legislative) IP committees for the BMM, the International Association for the Protection of Intellectual Property and the International Trademark Association.

Peter van der Wees is a founding partner of Signify. He studied law at Leiden University and trained at one of the Netherlands’ largest patent and trademark firms. Having qualified as a Benelux and subsequently a European trademark and design attorney, he became a partner at an Amsterdam-based trademark firm. He is a guest lecturer at the University of Amsterdam. His further teaching experience includes tutorships at the Dutch Bar Association education programme and the professional training programme for Benelux trademark and design attorneys.