Finding the perfect band name is a daunting task. First, all or most band members must like the name. That name should be catchy, easy to remember, and, for trademark purposes, distinctive (or in other words, not descriptive of bands, music, and live performances). It should also reflect a band’s genre and personality.

Numerous discussions and disagreements would likely take place before band members agree on a name. Before the members can revel in finally finding a unique name, however, they also need to make sure that use of the name does not infringe a third party’s trademark. To do so, they should confirm through a clearance search that no other band or entity is using a similar name for music, live performances, and other related goods and services. If the band plans to use its name in connection with merchandise and other goods, a further search is required to determine whether similar marks are in use in relation to those items. Finally, if the band intends to expand outside of the United States, it is necessary to conduct clearance searches in the foreign countries of interest to determine whether there are prior users of similar marks.

Once the band name is cleared, the members might decide to obtain a trademark registration of the name in the U.S. and other countries to acquire better protection of their trademark rights. A crucial step during the registration process is to determine ownership of the mark or band name. Who is the owner and registrant? What happens to the mark when the band breaks up or if a member leaves? As demonstrated by the recent Eastern District Michigan decision in Ready for the World Inc. v. Melvin Riley, John Eaton, et al., these questions should be addressed at the outset in order to avoid or minimize disputes relating to the ownership of the mark or band name.

Ready for the World is an R&B band, known for its pop, soul, and dance hits in the eighties. In 2008, band members Melvin Riley, John Eaton, Willie Triplett, Gorden Strozier, Gregory Potts, and Gerald Valentine formed the company Ready for the World, Inc. (d/b/a Ready for the World). Two years later, that company obtained a registration for READY FOR THE WORLD for “entertainment, namely, live performances by a musical band” in Class 41.

In 2015, Melvin Riley left the band and indicated that he would only perform as “Melvin Riley.” Despite such indication, in 2017, he and another band member, John Eaton, started promoting their shows under the names “Ready for the World” and “Ready 4 the World Featuring Melvin Riley,” which created some consumer confusion, given that the original band was still active. Despite receiving cease and desist letters from Ready for the World, Riley and Eaton proceeded with their show and performed many of the band’s hits.

Based on the above decision, Riley, despite leaving the band Ready for the World, would still be able to perform and promote his shows under the same name. Consequently, there could be two different entities using the mark READY FOR THE WORLD to promote similar music and shows, which likely would create more consumer confusion and conflicts between the parties. 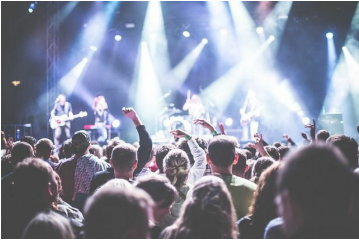