Some of the trickiest decisions that CEOs face revolve around politics and political engagement. This is especially the case because of the impact on reputation this can have. But what are some of the main decisions that they face and how should they consider them?

Politics often features highly on the agenda of CEOs. Some approach the issue through a mix of gut instinct and a belief in their inherent understanding. But this isn’t how other business decisions are made, so why should it apply to public affairs?

So, the first place to start should be considering politics as part of a risk register. This will help to focus the minds and also secure general buy-in for the approach across the organisation. It also means that the threats as well as the opportunities can be considered.

If there are blind spots then, similarly, the organisation can do something to rectify the situation.

But what are some of the political decisions that face CEOs?

CEOs have to appreciate that public affairs can offer substantial business benefits but we all have a role to play in conveying those benefits. Some of that can also come about by thinking through the forms of measurement that may be relevant to help deliver the ‘proof’ as well.

CEOs may find our public affairs roadmap to be a useful and straightforward starting point to help kick-start their thinking.

Whilst there are decisions to be made, as a general rule, CEOs should consider that engagement is more likely to be beneficial than simply hiding away. 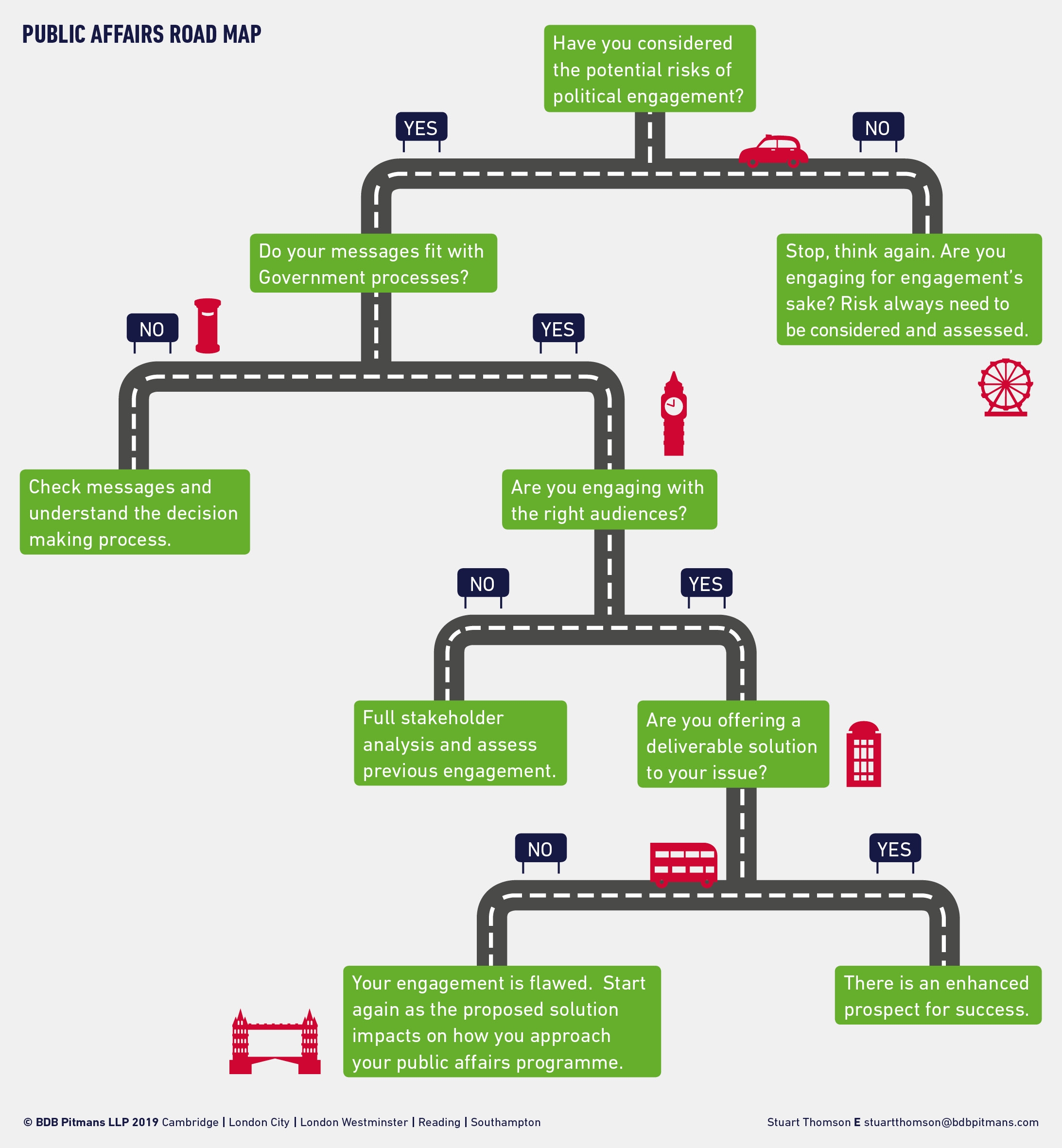