Precedential No. 29: TTAB Refuses to Disqualify Itself in TRUMP-Related Cancellation Proceeding
Blog The TTABlog

The Board denied petitioner's motion to disqualify the Board from this cancellation proceeding involving several registration for the mark TRUMP. Petitioner contended that because President Trump owns an interest in the challenged registrations, the Board was incapable of fairly adjudicating the issues before it, since the Board's judges are appointed by the Secretary of Commerce, who is hired and fired by the President. The Board also denied petitioner's motion to transfer the case to a federal district court in California, and it denied Respondent's motion for default judgment, as explained below. Prospector Capital Partners, Inc. v. DTTM Operations LLC, Cancellation No. 92063494 (August 18, 2017) [precedential]. 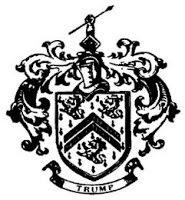 The Board had granted respondent's motion to dismiss the petition for cancellation because petitioner did not properly plead standing or its abandonment claim. However, the Board allowed petitioner twenty days to file an amended petition. Instead, petitioner filed its motion to qualify and to "transfer" venue to the US District Court for the Central District of California.

Disqualification: Chief Judge Gerard F. Rogers authored the portion of the opinion dealing with disqualification. The Board found no basis for petitioner's assertion that it lacks the independence necessary to make unbiased decisions in this cancellation proceeding.

First, the judicial qualification provision of 28 USC Section 455, which petitioner invoked, is inapplicable because the Board is not a "court" as defined in Section 451 and therefore the Board's administrative trademark judges are not "judges" under that statutory provision.

Second, a "presumption of regularity attaches to the procedure of government agencies," and to any order issued by an agency. Petitioner provided no facts to support its asserted suspicions that the President or the Secretary of Commerce has or will assert improper influence on the Board. Thus, the Board found, the motion to disqualify was entirely without merit.

The Board observed that it has the authority to determine cancellation proceedings involving all registrations, irrespective of the owners thereof, and regardless of whether a party is directly or indirectly connected to the United States Government.

Finally, the Board pointed out that to the extent petitioner is dissatisfied with any final decision of the Board, it may seek judicial review of the decisions, either before the Federal Circuit or by way of civil action in a federal district court. These courts are part of the judicial branch of our government, which is independent of the executive and legislative branches.

And so the Board denied the motion to disqualify. 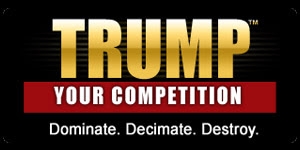 Motion to Transfer: The Board pointed out that, to the extent petitioner's motion for transfer seeks judicial review of the Board's decision on the motion to dismiss, such a request is premature because the Board's ruling was only interlocutory. To the extent petitioner sought to have the district court adjudicate the entire cancellation proceeding, the Board has no statutory authority to "transfer" a proceeding to a district court.

Cross-Motion for Default Judgment: Respondent sought a default judgment because petitioner did not amend its petition for cancellation within the Board's deadline for doing so. Petitioner did not contest the motion. The Board, however, exercised its discretion to not consider the motion as conceded.

The Board noted that petitioner's motion to disqualify was filed within the twenty-day deadline for amending the petition for cancellation. "Petitioner apparently concluded, although incorrectly, that the pendency of its motion to disqualify and request for transfer meant it did not need to file an amended petition to cancel, as allowed by the Board's order, to avoid dismissal of the petition."

In view of that misunderstanding, the Board chose not to enter judgment by default, but instead gave petitioner a second opportunity to file an amended petition for cancellation.