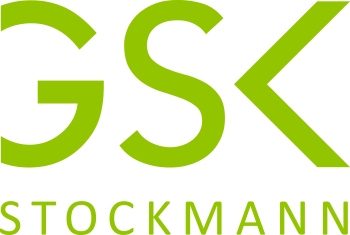 An extract from The Insolvency Review, 7th Edition

Since mid 2018, several of the insolvency proceedings that have occurred were significant or had substantial press coverage. The following cases are not exhaustive and serve only as an example for various peculiarities.

Paracelsus-Kliniken-Deutschland GmbH & Co KGaA, of Osnabrück, was a private hospital operator running hospitals in 23 cities throughout Germany and employing more than 5,000 individuals. The company declared insolvency shortly before Christmas 2017.

Paracelsus is a good example of how restructuring through insolvency proceedings in self-administration can work. The management and the insolvency custodian worked together to develop an insolvency plan that was accepted by the creditors on 23 May 2018. This plan included the closure of two of the clinics and the dismissal of 400 employees. The family-owned Porterhouse Group AG, of Switzerland, funded the insolvency plan and took over the insolvent company.

Quite remarkably, general insolvency creditors received an insolvency quota of 42 per cent of their unsecured insolvency claims, which is much more than the average quota, which ranges between 4 and 7 per cent.

The hospital sector remains a very difficult industry and, at the time of writing, it is not clear whether Paracelsus-Kliniken-Deutschland GmbH & Co KGaA has successfully completed the turnaround.

Solarworld AG was founded in 1998 and was always run by the very charismatic but also rather unconventional Frank Asbeck as founder, shareholder and, for some time, chief executive officer. He was dubbed the 'Sun King' by the yellow press because of his wasteful lifestyle. Solarworld's main business area was the development and sale of solar energy panels. It achieved a remarkable growth during the booming years in the early 2000s, when it had more than 3,000 employees.

But things changed in the years 2011 and 2012, and in 2013 only a major haircut of creditors saved the company from insolvency. In 2017, matters deteriorated even further and the company filed for its first insolvency proceedings on 11 May 2017.

During this first insolvency, Mr Asbeck established a new company called Solarworld Industries GmbH with the Qatar Development Bank and Qatar Solar. This newco took over the assets of Solarworld AG during the insolvency proceedings and continued the business. However, many creditors were very sceptical about the strategy of Mr Asbeck in taking another risk.

Fortune did not smile on the new business. Solarworld Industries GmbH filed for insolvency on 27 March 2018, being the second insolvency of the Solarworld business within one year. Christoph Niering was appointed as IA. He shut down the remaining production sites and the history of Solarworld ended in its liquidation by the end of 2018.

What made this insolvency so interesting is the story of the deep and rapid decline of a once rising star. Just a couple of years ago, Solarworld AG was a shining example of German energy transition (Energiewende), which eventually failed in a spectacular way. As some other German solar producers have found, Solarworld could not compete with very cheap products rom Asia.

The roots of Loewe Technologies GmbH date back to 1923. The company soon became well known, because one of its employees conducted the first wireless television transmission. Since then the company has produced televisions and other consumer electronics hardware in Germany.

In July 2013, Loewe Technologies GmbH entered into insolvency proceedings for the first time. Loewe was one of the first companies making use of the new umbrella protection system and the insolvency ended within three months and without any major negative press coverage. The proceedings were recognised as a 'camouflage' insolvency. Some German family businesses and the former Apple manager Jan Gesmar-Larsen bought the Loewe assets in October 2013. However, the deal failed by the end of February 2014 when the purchasers withdrew from the contract. The financial investor Stargate Capital GmbH saved Loewe from liquidation at the very last moment.

Loewe's business model for producing high quality televisions in Germany has failed again. On 3 May 2019, the company filed for insolvency for the second time. Similar to the first insolvency, the management first tried to handle the insolvency in self-administration, but again this failed and ordinary insolvency proceedings have now been declared open. By 1 July 2019, all production had been terminated and almost all the remaining 400 employees had been made redundant.

For decades, tens of thousands of private investors trusted in the business model of P&R containers, an investment fund company founded by Heinz Roth and based south of Munich. The investors bought shares in containers that P&R acquired and rented out to international shipping companies. The investors had received a good return on their investment for many years and P&R's reputation was good.

Quite surprisingly for many investors, P&R filed for insolvency in March 2018. Michael Jaffé was appointed as PIA and the main proceedings were opened on 24 July 2018. Mr Jaffé resolved that P&R operated through a complex structure of companies. Only 600,000 of the 1.6 million containers that the company had sold actually existed; all others only existed on paper. Meanwhile, the Public Prosecution Office brought charges against the founder, Mr Roth, accusing him of fraud in 414 cases. The trial was stopped, however, as Mr Roth is severely ill. More than 54,000 investors could have lost up to €3.5 billion of their life savings, which makes the P&R case one of the biggest cases in German insolvency history with regard to economic loss. In July 2019, more than 95 per cent of all creditors accepted settlement agreements suggested by the IA regarding the calculation of their claims. Mr Jaffé will disburse a first payment to creditors in 2020.

Generally, ancillary insolvency proceedings do not have an important role in Germany. There have been no significant proceedings recently, although the German Federal Court has published one decision. The Federal Court states that creditors can still pursue their claims in an ancillary proceeding in Germany even if the debtor has already been discharged in a main procedure in England.