2017 - A Year in Review - Employment's Perspective 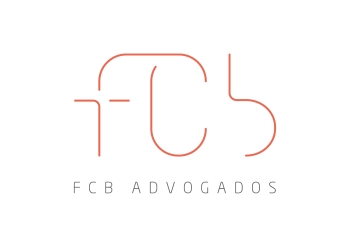 REVIEW OF THE YEAR AND FUTURE PERSPECTIVES

2017 was marked by a stabilization of the legislative agenda in labour matters, as a result of the commitment made by the Government with the Confederations of Employers.

Although a number of employment concerns were identified for 2017 (regarding promotion of employment and permanent recruitment, strategic redefinition of the fixed-term contracts regime, as well a revitalization of collective bargaining), this was not reflected in legislative changes.

In practical terms, the labour market has experienced some positive changes. New jobs were created, most of which were entered into as long-term employment, which had an impact on the unemployment rate. November 2017 registered the lowest rate of unemployment since November 2004 and a rate below the euro area average, bringing youth unemployment between the ages of 15 and 24 to 23.7% and reducing the overall long-term unemployment rate duration to 8.2%.

Although there were few new laws, we summarize the most significant legislative changes of last year, as well as highlight some of the decisions of the courts below.

Although 2017 was marked by a stabilization of the legislative agenda in labour matters, the labour market has experienced some positive changes.

The Government's priorities for 2018 for the labour market are the avoidance of job insecurity, namely through the implementation of new approaches to policies that allow a sustained integration in the labour market. Examples of this include supporting job creation and encouraging the hiring of unemployed young people or those seeking their first employment, the long-term and very long-term unemployed, as well as encouraging a reduction of the inaccurate use of "illegal green receipts" [used by independent workers] and other atypical forms of employment.

To this end, the Government proposes, in particular, to discuss the change of the "single social tax" of fixed-term and open-ended contracts, the limitation of the grounds and duration of fixed-term employment contracts and the regime of temporary agency work. Changes are also foreseen for the hour's bank regime, flexible working arrangements, as well as the reinforcement of the employer's duties and penalties for the effective fulfillment of employee's working hours.

We will see how the Government will materialize its intentions from a legislative standpoint, particularly those changes aimed at combating precarious employment.

Decree-Law No. 11-A/2017, of 17 January 2017, which created an exceptional measure to support employment by reducing the employer's social security contribution rate by 1.25 percentage points.

Executive Order No. 34/2017, of 18 January 2017, which regulated the creation of a contractual support measure, known as the "Contract-Employment measure", by granting the employer the financial support for the conclusion of an employment contract with the unemployed registered within the Instituto do Emprego e da Formao Profissional, I.P. (Institute for Employment and Professional Training).

Executive Order No. 99/2017, of 7 March 2017, which established the normal age for access to the retirement pension in the Social Security, as well as changed the sustainability factor, element of calculation of retirement pensions in the general social security scheme.

Law No. 29/2017, of 30 May 2017, which transposed the Directive 2014/67/EU of the European Parliament and Council of 15 May 2014 concerning the posting of employees within the services provisions agreements.

Decree-Law No. 72/2017, of 21 June 2017, which regulated the granting of incentives for the recruitment of young people seeking for first employment and long and very long-term unemployed through a partial waiver or total exemption from payment of contributions to the general social security scheme regarding the employer's contributions.

In this case, the lawfulness of the employer's decision to withdraw the employees' right to enjoy Carnival Tuesday was discussed since the day off had been granted to the employees in the previous four years. The Supreme Court of Justice held that in order for a practice in business management to be deemed a business use, it would be necessary for it to be awarded over a considerable period of time in order for employees to legitimately expect to enjoy from such use in the future. The judges of the Supreme Court understood that four years was not enough time for the enjoyment of the Carnival Tuesday as a business use, and therefore they concluded that the withdrawal of such day was lawful.

While confirming in part the decision held by the First Instance Court, the Porto Court of Appeal held that although it is legally permitted for the parties to agree on a limitation to the right to work after the termination of the contract, such clause must be reciprocal and requires the payment of a compensation. According to the court, the compensation must be a duly identified amount, at least in accordance with objective and operational criteria that allow the calculation of the amount of compensation immediately or in the future. Otherwise, it will not be possible to determine such amount and it will prejudice the validity of the non-competition agreement.

In this case, the employer was ordered to pay to the employee, on a monthly basis, an amount of compensation of 10% of the amount paid to the employee "in the previous month, free from any charges (except prosthetic / orthodontics, return of requisitions of the entities agreed with the clinic, and possible reimbursement of auxiliaries' overtime)". The court took the view that such clause did not allow the total amount of the compensation to be determined and decided that the clause should be deemed null and void. As a consequence, the court ordered the reimbursement of the payments made to the employee.

The vora Court of Appeal considered as "working time" the 15-minute daily break which the employer had deemed as such for several years. The Court held that that practice constituted, not merely a liberality, but a common employer practice that has remained on time and justified the protection of the employees' trust.

The Porto Court of Appeal accepted the use of images captured by a video surveillance system for a disciplinary process and the subsequent legal proceedings, provided that the purpose of the surveillance was the protection and safety of people and goods, or particular requirements inherent to the nature of the activity, and not the control of the professional performance, as determined by the Data Protection Agency. The Court justified such understanding on the basis that the employee does not deserve greater protection than ordinary citizens.

Thus, it was concluded that the evidence obtained by the video surveillance system was lawful and valid both within the disciplinary process and the court proceedings, based on the free assessment of evidences.