Open letter to His Excellency Mr Xi Jinping, President of the People’s Republic of China, from the International Bar Association’s Human Rights Institute 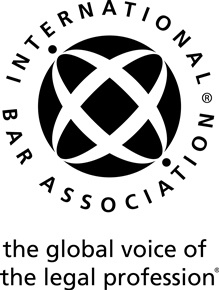 We are writing to you on behalf of the International Bar Association’s Human Rights Institute (IBAHRI) – an autonomous and financially independent entity that works with the global legal community to promote and protect human rights and the independence of the legal profession worldwide – to express our alarm that lawyers in China remain at grave risk for simply performing their professional functions.

In the final months of China’s membership of the Human Rights Council, Your Excellency has an opportunity to prioritise its commitment to international human rights norms and establish an environment in which the legal profession can operate freely and securely, in line with international standards. We appeal to you to take this opportunity.

One year ago today, China began an unprecedented attack on human rights practice. Since lawyer Wang Yu was arrested and detained together with her husband Bao Longjun, over 300 lawyers and human rights activists have faced intimidation, harassment, arrest and detention and unlawful restrictions on their rights and professional functions. Some are reported to have been tortured.

In a country where conviction is a near certainty if the case proceeds to trial, we are deeply concerned that some of those arrested in July 2015, including Zhou Shifeng, Wang Quanzhang, Xie Yanyi, Xie Yang, Wang Yu, Bao Longjun, Li Chunfu, Liu Sixin and Zhao Wei, now face serious criminal charges. These legal professionals are wellknown for their peaceful and legitimate human rights work, yet Your Excellency’s Government considers them a threat to the state.

We deplore the incommunicado detention of lawyer Li Heping who has not been seen since 10 July 2015, and we decry the continuing harassment of lawyers who are barred from leaving China.

As the recently reported attack on lawyer Wu Liangshu further demonstrates, being a lawyer in China is a dangerous occupation.

In this context, the IBAHRI highlights the United Nations Basic Principles on the Role of Lawyers, which state that: ‘Governments shall ensure that lawyers are able to perform all of their professional functions without intimidation, hindrance, harassment or improper interference.’ When these lawyers staunchly defend their clients’ rights, advocate for justice and challenge unlawful restrictions on human rights and fundamental freedoms, they are fulfilling the very functions anticipated by these benchmark standards. Yet, China has failed to heed these international principles and respect the pivotal role of lawyers as guardians of the rule of law.

Such attacks violate the fundamental rights of both lawyers and their clients, risk causing irreparable damage to the independence of the Chinese legal profession, and undermine the rule of law.

We join the UN High Commissioner for Human Rights in demanding the immediate and unconditional release of all lawyers detained since the July 2015 crackdown and urge China to meet its international obligations by taking all necessary measures to safeguard those working to protect and promote human rights.

Only then can Your Excellency’s Government’s pledge, made on application to the Human Rights Council, to ‘continue to strengthen the development of democracy and the rule of law, improve institutions for democracy, push forward the reform of the judicial system and further protect civil and political rights’ hope to be fulfilled.