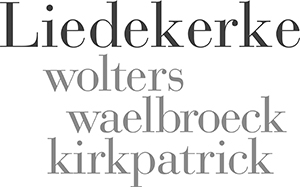 An extract from The Cartels and Leniency Review, 8th Edition

Cartels are prohibited by Article IV.1 of the Belgian Code of Economic Law. Book IV of the Code is entitled 'Protection of competition' (the Competition Act). The Competition Act entered into force on 6 September 2013, replacing the Act on the Protection of Economic Competition of 15 September 2006. The Competition Act of 2013 was amended by the Act of 2 May 2019, which entered into force on 3 June 2019, incorporating a number of procedural changes to the Act. Article IV.1, Section 1 prohibits all agreements between undertakings, decisions by associations of undertakings and concerted practices that have as their object or effect the prevention, restriction or distortion of competition, in an appreciable way, within the Belgian market or a substantial part thereof. That prohibition may be declared inapplicable when the conditions mentioned in Article IV.1, Section 3 are satisfied. These Belgian statutory provisions are modelled on Article 101 of the Treaty on the Functioning of the European Union (TFEU).

Although there is no legal definition of a cartel in Belgium, the notion of cartel is understood to be limited to an agreement or concerted practice between two or more competitors, which non-competitors may also be involved in, aimed at coordinating their competitive behaviour in the market or influencing the relevant parameters of competition through practices such as fixing or coordinating prices or other trading conditions, the allocation of production or sales quota, the sharing of markets and customers, restrictions of imports or exports, or anticompetitive actions against other competitors.

Belgium is a small country with much cross-border activity. As a consequence, more often than not, an agreement, decision or concerted practice within the meaning of Article IV.1, Section 1 of the Competition Act may affect trade between EU Member States within the meaning of Article 101(1) of the TFEU. In that case, the Belgian Competition Authority (BCA) and the Belgian courts also have to apply Article 101 of the TFEU to such an agreement, decision or concerted practice (Article 3 of Council Regulation (EC) No. 1/2003 on the implementation of the rules of competition laid down in Articles 81 and 82 of the EC Treaty).

In addition, block exemptions adopted at the European level under Article 101(3) of the TFEU are applicable, even if the requirement that trade between Member States may be affected is not met (Article IV.4, Paragraph II of the Competition Act). The government also has the power to adopt block exemptions (Article IV.5 of the Competition Act), but to date it has not used that power.

Apart from the above-mentioned prohibition on cartels addressed to undertakings and associations of undertakings, the Competition Act prohibits physical persons, acting in the name and on behalf of an undertaking or an association of undertakings, from negotiating with competitors or reaching an understanding with them concerning the fixing of prices for the sale of products or services to third parties, the limitation of the production of the sale of products and services, and the allocation of markets (Article IV.1, Section 4 of the Competition Act). This means that not only undertakings or associations of undertakings but also the physical persons acting for them, can be investigated and prosecuted by the BCA, and be held personally liable and convicted, and that a fine can be imposed on them (albeit a much lower one than the undertaking or association itself – see Sections IV and V).

The BCA is an autonomous service with legal personality directed by a board, consisting of the president, the competition prosecutor general, the director of economic affairs and the director of legal affairs.