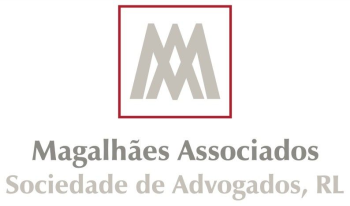 An extract from The Intellectual Property Review, 9th Edition

In most cases, when there is an infringement of intellectual property rights, this infringement will be subject to civil law. In such cases, the action must be brought before the specialised court, namely, the Intellectual Property Court.

The INPI is a partner of the Arbitration Tribunal (ARBITRARE), which presents itself as an institutionalised arbitration centre of national scope within the network of Portuguese arbitration centres supported by the state. The existence of this arbitral tribunal causes many disputes to be addressed to it through the INPI or even through the parties concerned. However, there is nothing to prevent other arbitral tribunals from being used.

ii Requirements for jurisdiction and venue

As noted above, the infringement of intellectual property rights may lead to civil or criminal action, thereby leading to the jurisdiction of the Intellectual Property Court or the Criminal Jurisdiction Court.

In Portugal, when the violation of the IP right is known, the first reaction of the applicant, either by himself or herself or through an agent, is generally to send a cease-and-desist letter to the infringer stating that he or she should cease the illegal actions under penalty of the applicant having to resort to the appropriate legal means to solve the problem. This notice is not mandatory, but is an alternative means to avoid litigation. If, even after sending the cease and desist letter, the infringer continues to act illegally, the rights holder has the right to bring an action before the competent court. If, on the contrary, the offender accepts the notice, the parties may then try to reach an agreement, for example, through arbitral tribunals.

In terms of consequences, the punishment of the offender can be determined according to three types of responsibilities.

In addition to a fine, the offender may still be liable to compensate the rights holder for damages or losses and may be prohibited from practising certain activities.

The compensation will be calculated based on the profit obtained by the offender, on the damages or loss of profit suffered by the injured party, taking into account the costs incurred in the protection, investigation and termination of the prejudicial conduct to his or her right. The rights holder may, in certain cases, be compensated for non-pecuniary damages.

The court, in its decision, may also determine accessory measures, such as: temporary inhibition on the exercise of certain activities or professions, deprivation of the right to participate in fairs or markets, or the temporary or permanent closure of their establishment.

In Portugal, the law provides for different types of sanctions depending on the type of crime committed.

A penalty of imprisonment of up to three years or a fine of up to 360 days, will be applied to those who:

A penalty of imprisonment of up to 18 months or a fine of up to 120 days, will be applied to those who sell, put into circulation or conceal counterfeit products.

A penalty of imprisonment of up to one year or a fine of up to 120 days, will be applied to those who in bad faith, obtain a patent, utility model or design registration that does not legitimately belong to them.

The Portuguese legal regime allows for certain types of evidence in court. Regarding intellectual property rights, the IPC expressly provides for measures to obtain evidence as well as measures to preserve evidence.

With respect to measures for obtaining evidence, when the evidence is in the possession, dependence or control of the opposing party or a third party, the interested party may request the court to have the evidence produced. At the time of the request to the court, the interested party must justify the existence by providing a sufficient summary of evidence of an infringement of the industrial property rights.

As far as measures for the preservation of evidence are concerned, these may be required whenever there is a breach or a fear that the third party will cause serious and difficult-to- repair damage to the industrial property right. Measures to preserve evidence may include a detailed description, with or without the taking of samples, or the actual seizure of the goods suspected of infringing industrial property rights and, when appropriate, the seizure of the materials and instruments used in the production or distribution of such goods, as well as the relevant documents.

v Structure of the trial

The procedure begins with the rights holder lodging an action before the court. These actions comprise the facts and the applicable law, by which the infringement of the right is alleged. It is also at this time that the evidence is attached; however, there is nothing to prevent the court from subsequently requesting additional pieces of evidence. After the lodging of the action by the rights holder, the infringer, may file a response to the action in the same terms as the author did.

After an initial assessment of the case by the judge, a preliminary hearing is usually scheduled, and normally, an attempt for the parties to reach an agreement is proposed by the judge. If there is no agreement, any existing irregularities of the process are resolved, the subject matter of the proceedings and themes of evidence are defined and the process will then proceed to trial. It is during the trial that witnesses and experts are heard. Once the production of evidence has been completed and the final allegations have been handed down, the judge assesses the entire process and issues a decision. This decision is later published in the Industrial Property Bulletin.

As mentioned above, when the rights holder sees their right threatened, he or she should propose an action. Although the action has to comply with the procedural requirements required by law (such as legitimacy, jurisdiction of the court, value of the case, among others), there is no obligation regarding its structure. However, the usual structure is a tripartite structure: facts that underlie the action, grounds of law and, finally, the requests (these are mandatory).

vii Time to a first-level decision

The time taken to reach a decision will depend on the type of action that has been proposed. When an action is brought before a court of criminal jurisdiction, the average decision time varies from a year and a half to three years. If it consists of an action of competence of the Intellectual Property Court, it is common to have a court decision up to six months from the date of the action.

In the Portuguese law system, when transposing Directive 2004/48/EC, of 29 April – the Enforcement Directive – the legislator decided to autonomously regulate interim measures in the IPC and in the Code of Copyright and Related Rights. An article was then included in both diplomas with the following wording:

Whenever there is a violation or a fear of others causing serious and hard to repair damages to the industrial property right, the court may, at the request of the interested party, order the appropriate measures to:

In addition to precautionary measures, there are also evidence preservation measures that are discussed above.

The scarcity of available means of justice obliged the national legislator to limit the admissibility of appeals, in particular, to the Court of Justice. Thus, it is possible to appeal the decision of the Intellectual Property Court to the court of appeal, but it will no longer be possible to appeal against this latter decision.

Justices of the peace

Although arbitral tribunals are most often used, the interested parties may also resort to justices of the peace. However, the justices of the peace are limited by the subject matter of the proceedings. These special instances only have the competence to resolve certain conflicts, for example, those relating to contracts, property and consumption.

Usually, the procedure begins with the assignment of a mediator by the Ministry of Justice who will try to get the parties in conflict to reach an agreement. If this is not possible, the case is referred to a justice of the peace. The decision of the justice of the peace has the same value as a sentence of a traditional court. Finally, if the conflict has a value higher than €2,500, it will always be possible to appeal to a court of first instance to review the decision.

Lastly, mediation is possible. Once again, the resolution of the conflict is dependent on the parties, though there is also a mediator present. The difference between this alternative means of resolution is that here the mediator cannot decide; it is the parties themselves who must reach a decision together.