On October 6, 2022, the Office of Environmental Health Hazard Assessment (OEHHA), the lead agency that implements California’s Proposition 65 (Prop 65), provided notice of new changes to the proposed regulation. If adopted, the regulation could significantly alter the warning requirements for acrylamide formed by the cooking or heat processing of foods. Notably, as of today, the preliminary injunction on the filing of any new acrylamide lawsuits under Prop 65 remains in effect.

The Office of Environmental Health Hazard Assessment (OEHHA) first proposed a new regulatory section concerning exposures to acrylamide in cooked or heat processed foods in August of 2020. After an initial comment period, OEHHA made modifications to address clarity issues in the proposed rule. At the close of the second comment period, the regulation containing the first set of modifications was submitted to the California Office of Administrative Law (OAL) in September of 2021 as required by the California Administrative Procedures Act (APA).1

Although rare, OAL issued a disapproval decision on March 11, 2022 citing, among other things, failures to comply with the clarity and necessity standards of the APA. The OAL called many key terms “vague” and “can reasonably and logically be interpreted to have more than one meaning, and does not have a meaning generally familiar to those ‘directly affected.’”2

On October 6, 2022, OEHHA provided notice of modifications to the proposed rule which are mainly intended to address the concerns expressed by OAL in the disapproval decision. Notably, instead of having all listed chemicals formed during heating or cooking process covered as in the original proposal, OEHHA has narrowed the scope of the current proposal to acrylamide only. OEHHA reasoned the change would “provide greater specificity regarding the methods to reduce exposures”3 to the “lowest level currently feasible.”4

This part of the proposal can be used by businesses to show that acrylamide has been lowered to the lowest level currently feasible by employing the relevant and applicable practices in Codex Alimentarius.5

OEHHA has also provided greater specificity on how to show compliance with the safe harbor levels provided in subsection (d), which were based on previous court-approved settlements. Although OEHHA has not made any substantive changes to the acrylamide levels for the various food categories, the proposed modifications in this subsection provide a method of calculation for businesses to use, namely the arithmetic mean, and the approach to sampling, including the specific number of samples (at least five samples) that must be taken over a specific time period (not less than 60 days), to use to determine the average concentration levels of acrylamide in a given food for comparison with the values set out in section (d)(4). The new proposal also specifies that testing must be conducted by a chemical analysis laboratory with International Organization for Standardization (ISO)/International Electrotechnical Commission (IEC) standard ISO/IEC 17025 accreditation.

If finalized, the new proposed safe harbor levels and food categories would be as follows, which are essentially unchanged from the previous proposal: 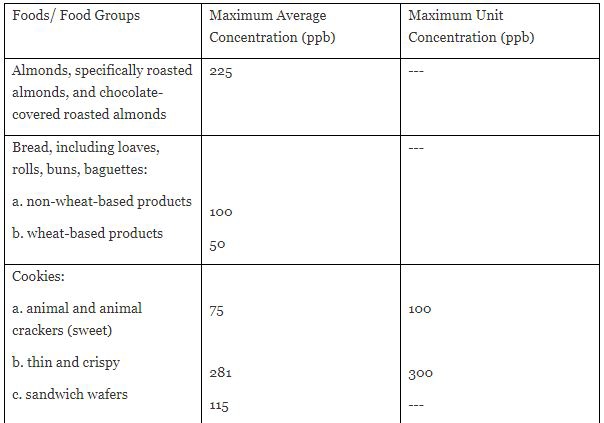 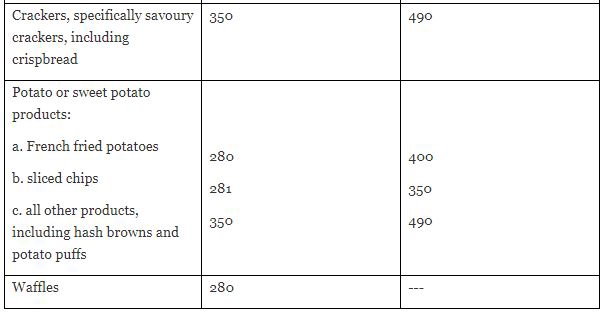 Interested parties can submit public comments to OEHHA until October 21, 2022.

As noted, a hold on the filing of all new Prop 65 lawsuits involving acrylamide remains in effect as the result of a First Amendment challenge brought by the California Chamber of Commerce.6 That challenge continues to work its way toward a disposition on the merits. The proposed modifications to this regulation do not affect that case.