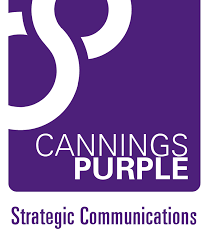 The Aged Care Royal Commission will hear from recipients of aged care and their families at each of its public hearings around the country. For aged care providers this confirms that the next two years may see the industry dealing with a steady stream of bad news stories.

The challenge for individual providers will be to maintain the confidence of their clients and other stakeholders while examples of abuse and sub-standard care are continuously brought to public attention.

At the Royal Commission’s preliminary hearing in Adelaide, Commissioner Lynelle Briggs AO said there had been a “rising torrent” of concern that the aged care system was faltering in certain areas of safety and quality and may not be fit for purpose.

Commissioner Richard Tracey AM RFD QC said the inquiry was a “once in a lifetime opportunity” to create a better aged care system that aligned with the expectations of the Australian people.

The Commissioners described their remit as looking to the future and identifying ways to create a world-class, sustainable system of aged care in which the recipients of care and their loved ones could have confidence.

However, Commissioner Tracey emphasised the importance of learning from the past and hearing directly from those with “lived experience” of aged care, including care recipients, their families and members of the aged care workforce.

“Part of our task is to examine substandard care and the causes of any systemic failures that have, in the past, affected the quality or safety of aged care services,” he said.

“We will consider any actions which should be taken in response to such shortcomings in order to avoid any repetition. This will necessarily involve us in looking at past events.”

He instructed counsel assisting to put appropriate emphasis on members of the public when considering potential witnesses.

Senior Counsel Assisting the Royal Commission, Timothy McEvoy QC, said the perspective of those receiving care would be central to the inquiry.

The Royal Commission is already gathering evidence of specific failures in aged care, with the nation’s top providers reporting their own cases of elder abuse, mis-management of medication, food safety issues, delayed response to residents needing help and poor wound management, among other concerns. Some providers have also revealed issues with record-keeping and document management.

Senior Counsel Assisting the Royal Commission, Peter Gray QC, reported that 83 providers had responded so far to the Commissioners’ request for information about their operations and systemic challenges to the delivery of quality care.

Mr Gray said the Royal Commission had also received 300 submissions about unsafe and sub-standard care from members of the public.

Commissioner Briggs warned that, although the Royal Commission had “requested” rather than “compelled” responses from providers, those who failed to cooperate voluntarily would “inevitably…draw attention to themselves and their practices”.