Lorna Jane advertised that its ‘LJ Shield Activewear’ garments were treated to protect against deadly viruses like COVID-19 with a special spray. The trouble was, there was no scientific evidence that the spray was effective to eliminate viruses.

The ACCC said in its Media Release

“It is particularly concerning that allegedly misleading claims that Lorna Jane’s LJ Shield Activewear could eliminate the spread of COVID-19 were made [in July 2020] at a time when there was fear about a second wave emerging in Australia, especially in Victoria, and all Australians were concerned about being exposed to the virus,” ACCC Commissioner Sarah Court said.

Lorna Jane has an extensive social media presence, and sells extensively online. It also sells through 108 retail stores in Australia, as well as internationally in the USA and New Zealand. This is the Lorna Jane shopfront in the Sydney Queen Victoria Building: 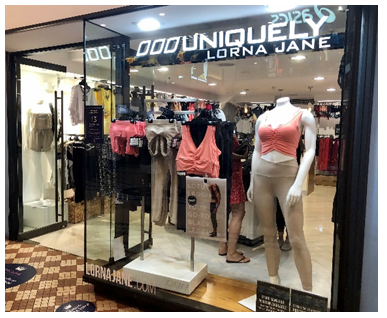 Currently, the Lorna Jane website describes “LJ Shield” as “a long-lasting, non-toxic shield that helps protect garments against odour causing bacteria and mould. It is applied as a water-based, non-toxic mist that adheres to the fabric to act as a shield of protection for the garment.”

But in July 2020, the description was different: “LJ Shield” was described as protecting not only against “odour causing bacteria and mould” but also against “deadly viruses, such as COVID-19”.

Applications to register goods with therapeutic claims in the ARTG must be supported by scientific evidence satisfactory to the TGA that the good is effective for the disease, condition, ailment or defect about which the claim is made.

The breach was that the LJ Shield was not registered in the ARTG when it should have been registered because a therapeutic claim was being made. The therapeutic claim was that Lorna Jane promoted its LJ Shield Activewear as being treated with a substance it called ‘LJ Shield’ which it claimed would “prevent and protect against infectious diseases, implying it is effective against COVID-19”.

The breach was that Lorna Jane promoted its activewear as ‘anti-virus’, effective to protect against the COVID-19 virus, without receiving formal approval from the TGA to advertise this therapeutic claim.

The TGA issued three infringement notices totalling $39,960 on 17 July 2020. Lorna Jane ceased its LJ Shield ‘anti-virus’ claims soon afterwards. It changed the tagline from ‘anti-virus’ to ‘anti-bacterial’ in its promotions.

Lorna Jane issued this statement after being fined: "We are not saying LJ Shield will stop you coming into contact with bacteria, we are saying LJ Shield is an added protection like hand sanitiser but for the clothes you wear."

According to the Concise Statement filed in Court by the ACCC, the Lorna Jane advertising campaign for ‘LJ Shield Activewear’ started on 2 July 2020 and ended on 23 July 2020 “during the peak of the COVID-19 pandemic in Australia”. 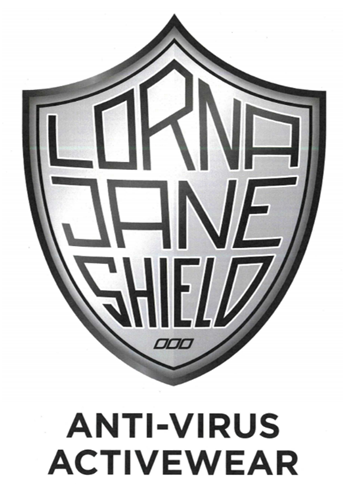 -     LJ SHIELD is a ground-breaking technology that makes transferal of all pathogens to your Activewear (and let's face it, the one we're all thinking about is Covid-19) impossible by eliminating the virus on contact with the fabric

-     Infectious diseases like COVID-19 and bacteria can remain on hard surfaces for up to 96 hours, but with our new fabric treatment, LJ SHIELD, they cannot be transferred to your Activewear

The ACCC alleges that the representations were false or misleading because:

Lorna Jane’s director and chief creative officer, Lorna Jane Clarkson, has been joined personally to the proceedings on the basis she was knowingly concerned in the alleged misleading conduct by her company, and personally made false or misleading claims about the LJ Shield ‘Anti-virus Activewear’ in a media release and in a video posted on Lorna Jane’s Instagram account.

The ACCC explained the alleged harm in the Concise Statement as having both consumer protection and unfair competition aspects:

“Lorna Jane made the representations when Australia was amidst a global pandemic, and in circumstances where there was heightened community concern about COVID-19.

Consumers who purchased LJ Shield Activewear may not have done so if the representations had not been made and, having done so, may reasonably have believed they would benefit from the COVID-19 protections represented by Lorna Jane which may have resulted in reduced vigilance in taking COVID-19 precautions.

Further, by influencing consumers to purchase LJ Shield Activewear at the height of the COVID-19 pandemic, the false or misleading representations may also have given Lorna Jane an unfair competitive advantage over other activewear competitors.”

Lorna Jane told the BBC it had assisted the ACCC with its investigation and was "extremely disappointed" about the legal action.

"We will be defending ourselves in the Federal Court against the commission's allegations," a spokeswoman said.

The ACCC is seeking declarations, penalties, injunctions, corrective notices and an order to implement a compliance program.

Given current court delays, the proceedings are unlikely to have a hearing date until next year.

From a marketing perspective, the most interesting part of the Federal Court proceedings commenced by the Australian Competition & Consumer Commission (ACCC) is that Ms Lorna Jane Clarkson, has been joined personally to the proceedings alongside her company on the basis she was “knowingly concerned in the alleged misleading conduct by her company, and personally made false or misleading claims about the LJ Shield ‘Anti-virus Activewear’.

Although it is extraordinary that Lorna Jane as a company made false and misleading claims about their products in relation to Covid-19 protection, according to the ACCC, the fact that Lorna Jane Clarkson, who is a revered pioneer in the women’s activewear category, made such claims herself and allowed claims to be made by the company in her name is beyond comprehension.

Lorna has repeatedly claimed that she “believes that her authenticity is a key element of her success”.

What were the internal checking and approval processes, including legal, marketing and technical review to ensure that the product claims were true, scientifically proven and compliant with Australian law, including the Australian Consumer Law and the Therapeutic Goods Advertising Code? Did they exist?

In the modern world of social media and online influencers, the only currency is trust. Trust takes years to build and can be destroyed in seconds. A false product claim can destroy that trust.

We will see how Lorna Jane’s customers, followers and fans react to the ACCC’s pursuit in the Federal Court.

The warning bell for brands and marketers could not be ringing any louder - if you plan to make product claims, make sure that they are true, provable and legally compliant, or you will likely step into the crosshairs of one, or a number of the regulators as Lorna Jane has experienced.