Updates on the Mexican design legislation 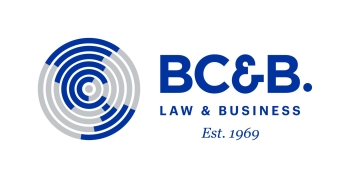 After one year of the most significant amendment to the Mexican legislation related to Industrial Designs, some of the expected changes have occurred. However, in certain aspects, the previous practice has prevailed.

The amendment to the Industrial Design chapter, that entered into force on April 27, 2018, consisted of a structural change to design protection in Mexico. There were five key aspects on the reform.

i) The incorporation of the definitions of the concepts "independent creation" and "significant degree", which are now required for assessing the novelty of the design during substantive examination.

At the time of the publication of the reform, the design practitioners were uncertain of the criteria that would be developed by the examiners of the Mexican Institute of Industrial Property (IMPI) to evaluate the impression that an industrial design could produce on an expert in the matter and, in a general level, if the definition of “significant degree”1 could convert the basic novelty requirement into a type of non-obviousness evaluation. So far, the criteria have not changed, and the evaluation of the novelty has continued as it was before the reform.

This amendment has clearly narrowed the scope of the pursued protection that will be subsequently granted in an Industrial Design Register. In the last year, the IMPI has continuously objected generic references requiring specifying the products.

In practice, this amendment has resulted in confusion for the industrial design practitioners. According to the new rules, if the design is granted on the third year, it will be compulsory to renew it in the fifth year. Under the previous regulations, if the design was granted on the third year, the next maintenance payment was due in the eighth year, which would comprise the second quinquennium of annuities.

The IMPI is usually quick in the evaluation and granting of industrial designs. However, cases resolved after five years from the filing date must request and pay the renewal along with the payment of the issuance fees.

As for official fees, the costs of the first fifteen years of protection of a register filed and granted after April 27, 2018 are approximately 15% higher than the comparative costs for the registers granted before the reform.

iv) A new provision of the reform is the publication of pending industrial design applications, which takes place as soon as possible after the conclusion of the formal examination.

The formal examination of an industrial design application can conclude three months after the filing. Since it is officially impossible to request an anticipation or delay of the publication, this new precept generated uncertainty in the design practitioners. At this time, a strategy that a designer can adopt consists in the voluntary delay of formal examination by filing the application without some of the formal filing documents and then wait for the official requirement. With this action the publication may take six additional months without any risk to the application.

v) Implementation for cases granted before April 27, 2018. Registrations granted prior to the entry into force of the reform will remain valid until their expiration of fifteen years subject to maintenance payments, as previously applied. However, it will be possible for these registrations to be renewed for up to two successive periods of five years, without exceeding the maximum of twenty-five years. The first renewal application must be submitted within six months prior to the end of the original term of fifteen years or within the six-month grace period. Therefore, the previous and new rules for the maintenance of the Industrial Design Registration will coexist for at least the next fourteen years and the last request to adopt the provisions of the amended law will be received at the IMPI in the distant 2033.

Last year’s reform was designed to prepare our local legislation for the adoption of the Hague Agreement Concerning the International Deposit of Industrial Designs. So far, Mexico’s adhesion to this treaty is not yet imminent in the near future.